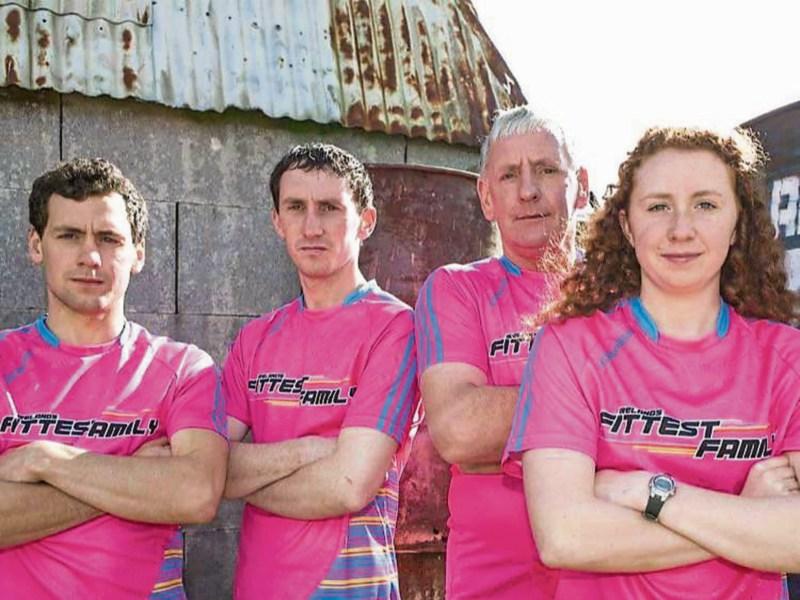 A Thurles family are in the race to bring the title of Ireland's Fittest Family to the Premier County.

The Cummin's family from Rahealty have already proven their sporting ability in the competition which tests physical and mental limits through a series of gruelling challenges.

The family, led by dad Jim, sons Mark and Henry and daughter Ciara have so far sailed through each obstacle thrown their way including the Hanging Tough challenge which saw the water sports enthusiasts suspended 20ft above water for a combined time of nine minutes and 20 seconds.

And although the oldest competitor left in the competition, dad Jim has been showing his mettle when he helped his family scoop first place in the Crane Drain challenge by lugging 15 water drums, weighing 15 kilos each, 80ft into the air.

“It was my sister Ciara who signed us up for the competition, she pushed us into it and we said sure why not we’d give it a go,” explains 23 year old lifeguard Mark Cummins.

Mark, who works at the family business Cummins Repairs and Tyres, was also put in an awkward situation in the show's first episode when it was revealed the Cummins had to go head to head with his girlfriend Nicola O’Mahony and her family in an eliminator challenge. However Mark says there was no love lost between the two and the O’Mahony’s have been cheering on the family since they lost out on place at the next stage of the competition.

Meanwhile nineteen year old Ciara, who is studying sports therapy in DCU and holds 53 All Ireland medals for athletics, will be hoping her success on the running track will transfer to the muddy waters of the competition when the family take next on Mayhem in Cahir.

The family, who are mentored by Cork camogie star Anna Geary, have already become a firm fan favourite on social media with many viewers praising their teamwork and cooperation at every challenge.

Ireland's Fittest Family airs on Sunday at 6.30pm on RTE1.