Nenagh is a winter wonderland as Christmas lights switched on 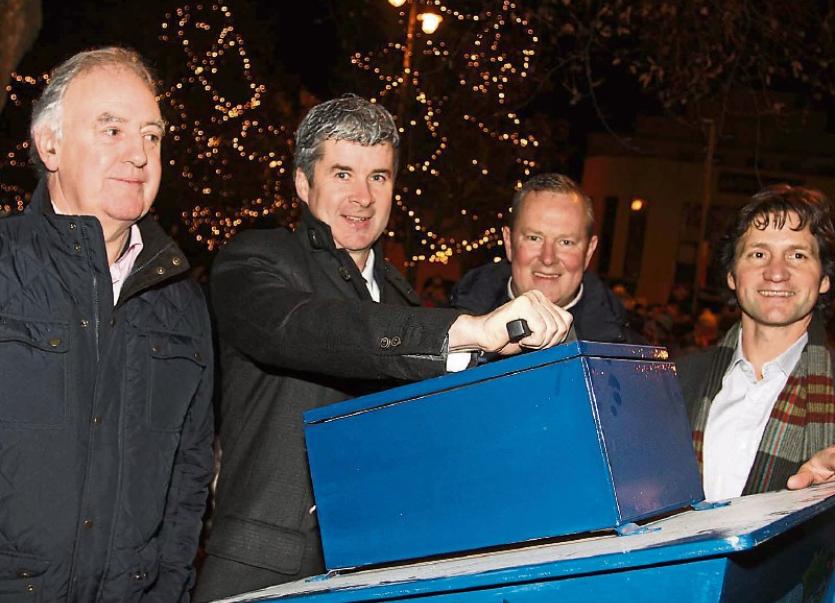 The centre of Nenagh was turned into a magical Christmas wonderland last Saturday evening when the town began its countdown to Christmas with the switching on of the Christmas lights.

And there was good news for shoppers with free parking in the town's car parks on each Saturday in December, and free parking for Christmas week in car parks.

Other good news for shoppers is that, in line with the local council's policy, all roadworks, including those being undertaken by Bord Gais for the town's new water, waste water and gas supply, have been suspended until January.

The event attracted huge crowds who were entertained by the local Comhaltas group and Nenagh Ormond Brass Band before the countdown began as 5pm appproached. The spectacular lights drew cheers and applause from the crowd.

Meanwhile, Santa returned to Nenagh Castle for the first time in 1,000 years when he arrived to take up residence on the first floor surrounded by polar bears, his magical sleigh and plenty of elves to help him make sure all the children will not be disappointed this Christmas.

And the town will continue its festive spirit over the coming weeks with a number of events and activities.

This Friday and Saturday will see a traditional Christmas market outside Nenagh Arts Centre, while a Christmas craft fair will take place in the Abbey Court hotel on Sunday.

Also on Saturday, the Tree of Remembrance in aid of North Tipperary Hospice Movement will be lit outside the courthouse on Banba Square at 4pm.

The Christmas Tree Festival in St Mary's Church of Ireland church opens on Sunday and continues until December 18.

On Saturday, December 17, Mrs Claus will read Christmas stories in Easons on Pearse Street from noon until 1pm. And watch out for Santa's letter box, which is outside Easons, and from where you can post your letters to the North Pole.

The Shop Local - Win Big draw being organised by the local Chamber of Commerce will see its first draw this Saturday, with other draws on December 16 and 21.

And you can pick out your favourite window in the Careys Christmas Window Competition, with the general public being asked to guess who the judges will choose as this year's winner.