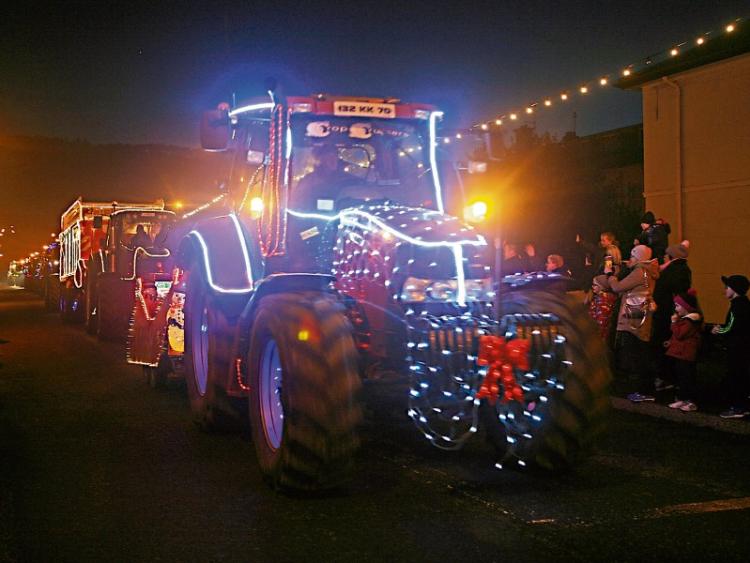 The Christmas Tractors of Carrick-on-Suir Parade will return to the town next year following the huge success of last Saturday night’s pageant, the organisers have confirmed.

Thousands of spectators thronged the streets of Carrick-on-Suir last Saturday night to watch the third annual parade of tractors festooned in up to 40,000 Christmas fairy lights.

Twenty tractors, a silage harvester, loader and lorry took part in the festive pageant that was watched by visitors from Sligo, Kildare, Galway, Wexford, Dublin and Monaghan as well as many, many locals.

Read The Nationalist out in shops tomorrow (Wednesday) for full report and pictures of the parade.