Tipperary's inspiring women to go up in lights 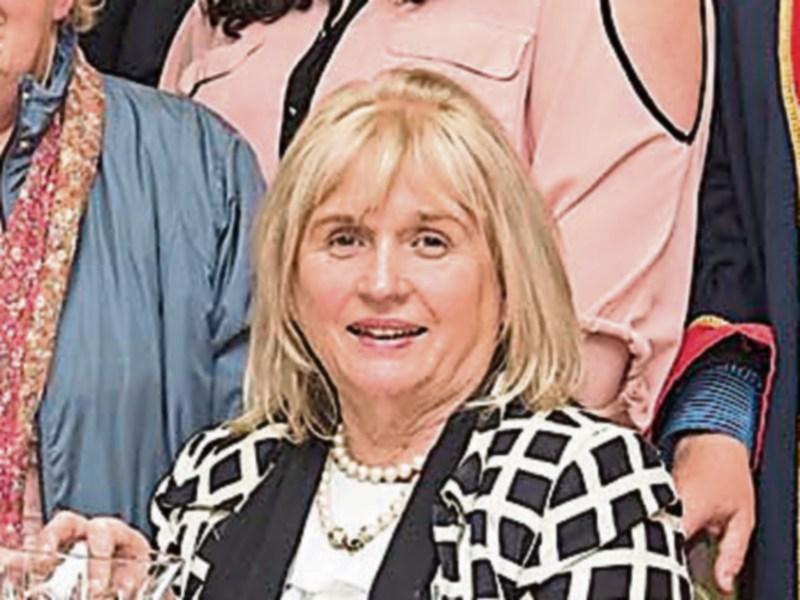 Patsy McGuirk who was honoured with the Eileen Anderson Unsung Hero Award.

Tipperary’s inspiring women are to go up in lights as part of a national campaign to recognise the contribution of women to society.

Their images are to be illuminated on the wall of the County Museum in Clonmel.

Illuminate Herstory is a new light projection festival to celebrate women and girls.

Over the weekend of Nollaig na mBan (5-8th January 2017), when the Christmas lights are turned off, the country will be lit up with the faces of hundreds of Irish women.

The objective is to start a new annual event where Ireland inspires the world to celebrate women, just like the ‘global greening’ on St. Patrick’s Day.

The event is produced by Lesley Tully, Head of Design Thinking at Bank of Ireland and Founder of Illuminate Dublin in association with locally organised events.

For Illuminate Herstory in Tipperary it is planned to coordinate a Nollaig na mBan launch night where all the wonderful women recognised through community awards in the Clonmel Borough District area during 2016 can be celebrated once again.

The illuminations of their portraits will be projected onto the County Museum's 1916 Exhibition alongside the current exhibition ‘As if she had a right to be There’ which celebrates the untold heroism of Cumman na mBan during 1916.

This event will celebrate these local women who have been identified as contributing significantly to their communities in a range of ways.

The Eileen Anderson ‘Unsung Hero’ Award was sponsored and organised by Clonmel Rotary Club, Clonmel Borough District Council and Tipperary County Council. This award recognises people working in a community or in a voluntary capacity for their outstanding contribution to their community / area. A total of 8 individual nominations were received. The 2016 award was presented to Patsy McGurk from Cahir.

Patsy, who does trojan work in the Cahir area was the unsuspecting winner.

She goes about her voluntary work quietly, efficiently but without drawing attention to herself for many years.

Patsy is held in high esteem within her community and works under the radar for the countless people she assists and inspires daily.

The other women nominated for this award were Francis Murray, Maureen Calvert and June Looby.

Three other women noted for their contribution to their community in the past year are Ina Doyle (who won Volunteer of the Year 2016 for her work on Clonmel’s Soup Kitchen), Amanda Quigley, Jacinta Mullins and Pamela Hallahan.

We look forward to seeing the faces behind these wonderful women’s names at the event for Nollaig na mBan, a fitting time to celebrate the contribution of women past and present to our society.