Businesses say trade down because of plaza works, claims councillor 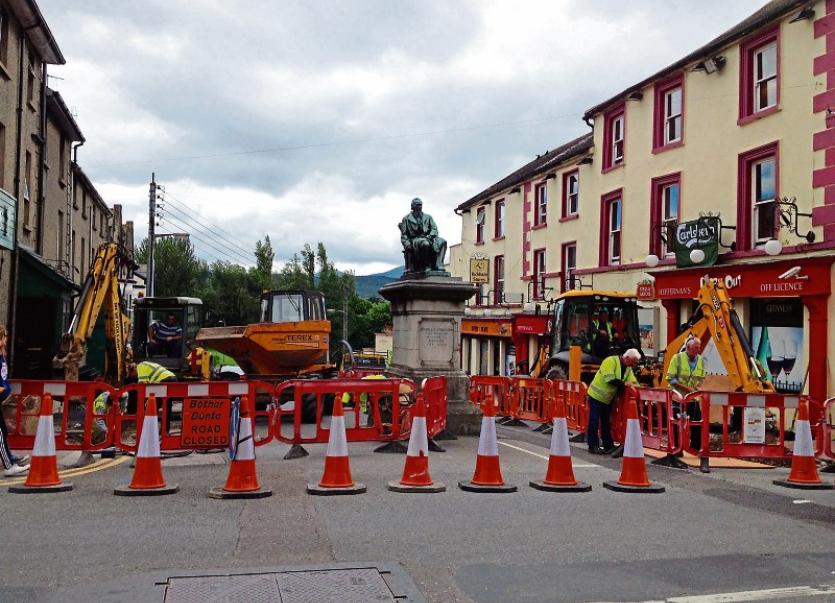 Refurbishment works associated with the new Plaza in Kickham Street in Tipperary town is continuing to cause anxiety to local business people, according to Cashel's Cllr Martin Browne.

Cllr Browne told the December meeting of Cashel Tipperary Municipal District that he had spoken with business people in the town regarding the Kickham Street Plaza, and some businesses are complaining that their income is significantly down on previous years due to the disruption associated with the works.

Cllr Browne sought assurances that if Phase II of the plans does not work after six months, they could re-visit the issue.

“Some of them are way down,” he said. “They’re down 15 to 20%. Were the businesses consulted before Phase II was commenced,” asked Cllr Browne.

District Administrator Marie McGivern said she had received “positive feedback” and was “disappointed to hear that”.

Senior Engineer Aidan Finn said Phase II involved widening of footpaths and other streetscape works which can be reversed, “but we don’t want to.”

“I believe it is working. The works have been done to a very high standard.

“Some people were unhappy. I don’t expect them to change. But it is a very high quality job, that has been done with the minimum of cost and disruption to the town.”

Meanwhile, more decisions are needed between now and January on where to place certain pedestrian crossings.

The next phase of works also involves refurbishments to the area between the banks, said Mr Finn.

“We would like to do it in the same style as Kickham Street.”