Top 10 buildings to visit in Tipperary 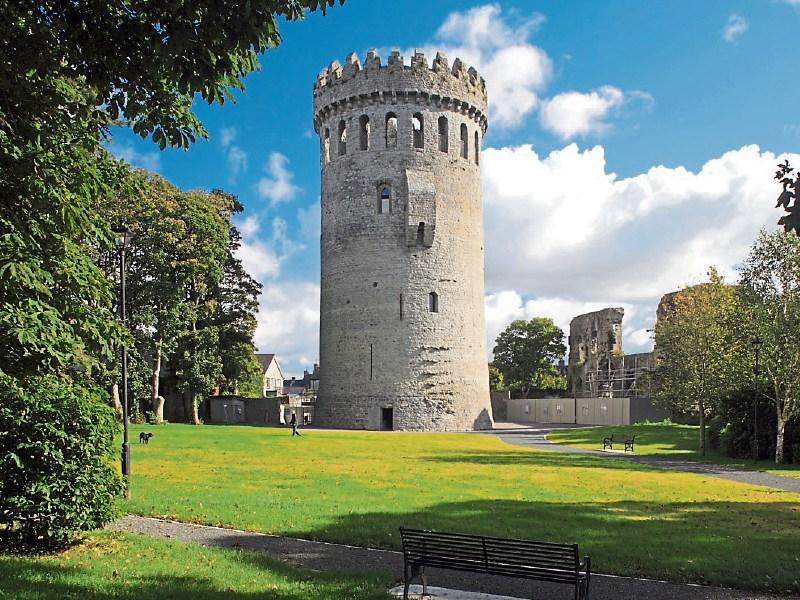 Nenagh Castle is now fully restored, and visitors can see out across the Premier County from the top.

As you know, here at the Tipperary Star we are interested in all things cultural and aesthetic. The Premier County has a store of architectural gems - some obvious, and some not so obvious - dotted around those curious enough to go looking. So, in no particular order, here’s our list of unique and storied buildings in Tipperary: if you think we’re missing an important or unusual one, email us at news@tipperarystar.ieor message @tippstar

1.Roscrea Castle and Damer House: Roscrea stone castle was constructed in 1332, while Damer House is an example of pre-Palladian architecture. The grounds include an impressive garden with fountain. It also has a restored mill displaying original St Cronan's high cross and pillar stone.

2.Nenagh Castle: built by Theobald Walter (the first of the Butlers of Ormond) around 1200, this cylindrical keep formed part of the perimeter of a fortress in Nenagh. Now fully restored to its former glory, tourists can climb to the top to gain spectacular views over North Tipperary.

3.Cahir Castle: once the stronghold of the powerful Butler family, the castle retains its impressive keep, tower and much of its original defensive structure. The Castle grounds are well worth a visit to see the cannonballs still stuck in the walls, and it hosts the annual Gravity Music Festival.

4.Thurles Cathedral of the Assumption: the jewel in the crown of Co. Tipperary’s ‘Cathedral Town’, this is the ‘mother church’ of the Metropolitan Province of Cashel and the Cathedral church of the Archdiocese of Cashel and Emly. Work began in 1861, inspired by the drive of Archbishop Dr. Patrick Leahy.

5.Swiss Cottage, Cahir: tucked away in the oak forest near Cahir, this is a delightful ‘cottage orné’ built in the early 1800s by Richard Butler, 1st Earl of Glengall to a design by the famous Regency architect John Nash. The Cottage’s interior contains a graceful spiral staircase and some elegantly decorated rooms.

6.Rock of Cashel: the world famous collection of medieval ecclesiastical buildings is an ancient royal site of the kings of Munster and first attained importance as a fortress. Its origins as a centre of power stretch back to the 4th or 5th centuries.

7.Clonmel’s Main Guard: Built by James Butler, Duke of Ormond, in 1675 as a courthouse for the Palatinate or administrative area of Co. Tipperary, the Main Guard lies at the intersection of the four main streets of the town, showing the importance of the building at the time.

8.Carrick-on-Suir Ormond Castle: the only surviving example of an unfortified Tudor period mansion in Ireland, Ormond Castle was built after 1565 by Thomas Butler the Earl of Ormond. This was one of the first buildings in Ireland with a widespread use of windows and was transferred to the Irish state in 1947.

9.Rockwell College, Cashel: situated between Cashel and New Inn, this famous 19th-century secondary school has lovely grounds that visitors can explore. Take a look at the astonishing Long Hall, a staggeringly lengthy, tiled and stained-glass expanse of corridor as you enter the main school building. Visitors should report to reception first.

10.Athassel Abbey, Golden: a personal favourite of the Tipperary Star, this ruined Abbey near the village of Golden was founded for the Augustinians by William Fitz-Aldhem deBurgho in 1192, and grew over the next three centuries to become the largest Abbey in Ireland. Wander amongst its abandoned rooms and alcoves, but don't block any of the gates as there is a working farm here.