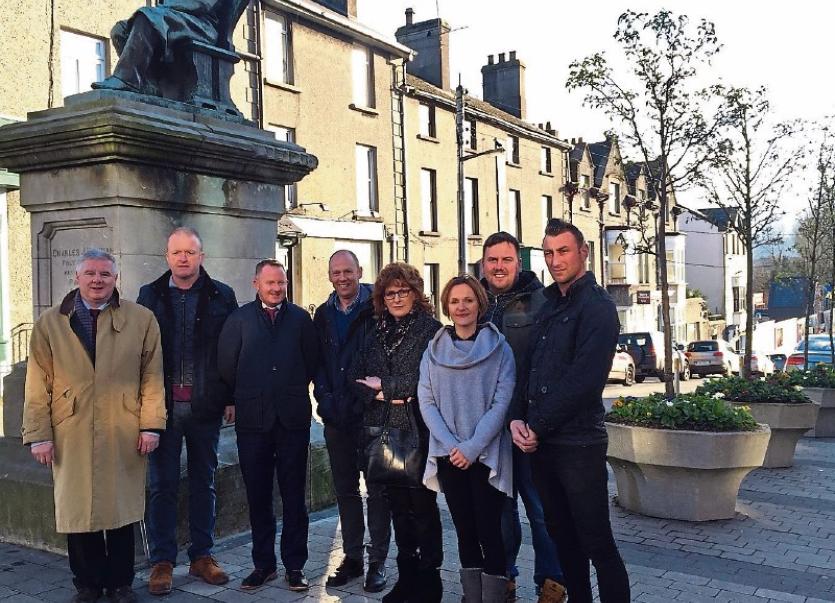 A move by retailers  to have the provision of a plaza feature in Tipperary Town reversed  is gaining support.

Retailers met with Tipperary/ Cashel Municipal Authority officials last week and appealed for the Kickham Street Plaza to be reversed.

A number of local retailers, whose businesses have suffered since its completion, are requesting that the Kickham Plaza project be reversed.

They challenged the implementation of the controversial  Kickham Plaza before works ever began because of  concerns about the negative impact the plans would have on their businesses. However, despite these objections the Tipperary/ Cashel Municipal District Council voted yes by 5/2 to the go-ahead with the plan  and the plaza was erected in 2016.

Cllr. Denis Leahy, who originally voted against the plaza stated that the project should be reversed. “The new plaza hasn’t brought any added value to the street, the businesses and shopkeepers around the plaza have lost revenue and many businesses have been ruined. I’ve also spoken to retailers on Bridge Street who told me the traffic chaos and the fumes are seriously affecting their business. The new one-way traffic system is also causing traffic chaos and is causing pressure points at the Davis street traffic lights,” added Cllr. Denis Leahy.

“There are particular traffic problems for the school runs with no access to the Main Street via the Kickham statue. The two-way street was put there originally to be a relief valve but now it’s now gone. Twenty-five years ago a report, called The Dejong report, made proposals for pedestrians plazas but stated this would only work in the event of the town being by-passed. I’m all for pedestrian walkways but with the volume of traffic now going through the town it is almost impossible. If the Plaza was of benefit I’d be the first to say go ahead. No-one wants to see money wasted but the project has caused traffic chaos and loss of revenue for local businesses and it needs to be reversed.”

Representatives of local businesses around the Kickham Plaza  put forward their arguments to reverse the Plaza to Marie McGivern District Administrator, Cashel Tipperary Municipal District, Civic Office and Aiden Finn District Engineer. Many explained that their businesses have suffered and revenue continues to suffer since the project was erected.