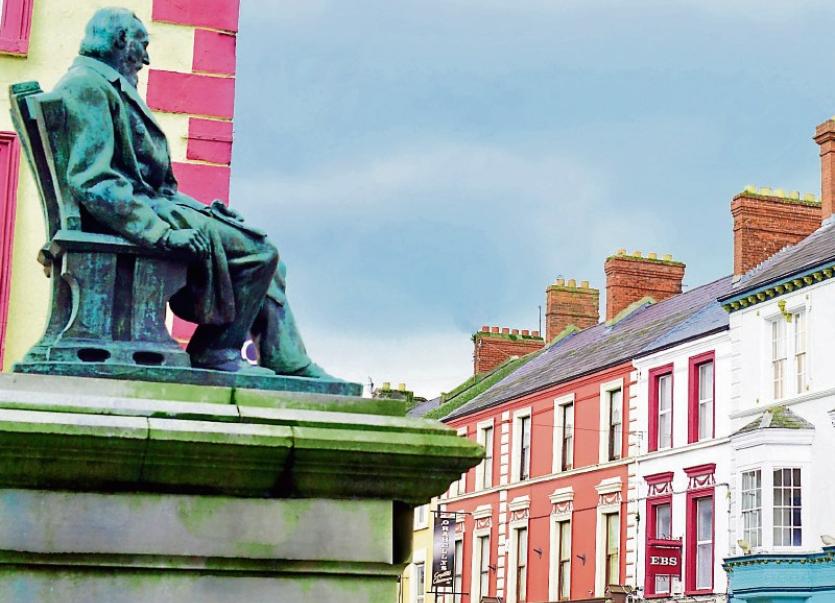 Local businesses complained trade was down because of the plaza works and €37,000 funding for the plaza was labelled 'a joke.'

Many retailers around the Plaza complained of loss of revenue and footfall to their businesses and retailers from Bridge Street complained that the new one-way system at Kickham is causing major delays and traffic jams on Bridge Street and subsequently impacting them in a negative way.

The TIRD Tipperary Chamber has been in favour of the Kickham Plaza development since the initial plans were open to public consultation  at the beginning of 2016. Now that businesses claim it is affecting their revenues and operations since the plaza’s development the Chamber of Commerce was approached to comment on the controversy.

Chairperson of the TIRD Chamber of Commerce Shane Kelly commented on the issue.  “The Chamber, like other organisations in Tipperary town were asked to make submissions on the proposed Kickham Plaza in 2016 in the context of a plan for the town centre. The plan for Tipperary town includes a north /south linkage, connecting the Excel with the Clock Tower plaza, through a proposed farmers market and covered walkway in the market yard, past It’s A Long Way to Tipperary Monument, a re-aligned pedestrian crossing down through Kickham Plaza and linking to a river walkway. We felt this plan had merit. The initial plans for this town centre sprung over a decade ago to re-align the N24 in the County Tipperary development plan.”

With over 16,000 vehicles passing through Tipperary town a day, Tipperary retailers and businesses suffer the noise and dirt that such traffic volume brings.

“One of the major problems we have is that most of our retailers in the town centre face onto the N24 main Limerick to Waterford road, which makes it an unpleasant shopping experience. Businesses are struggling as it is with the downturn of business. The Chamber was for the development of the Kickham Plaza in the context of the realignment of the N24 and taking 5 to 10 to 20-year view. We were in favour of the Kickham Plaza development in the hope that it would create a pleasant environment in the town centre and would increase footfall and drive business into the town,” said Shane.  “ The Chamber of Commerce ,said Shane, would be keen at this point that the local authority, in conjunction with the local service providers and businesses in the area, would review the development of Kickham Plaza to date and consult with the business owners to discuss what effect the Kickham Plaza has had on footfall to the area, revenue of businesses and traffic management in the town. If it is found that the current development has had a negative effect on businesses or traffic management we feel that the local authority should review the current situation and consider making changes, whatever changes are necessary, for those businesses to thrive.”

The N24 re-alignment, a by-pass that would divert the N24 away from Tipperary town and emerge near Pallasgreen, was in the County Tipperary development plan 2007/2008 and subsequently 2012/2013. The next County Development plan will be compiled towards the end of this year.