Google style offices on the cards for Nenagh's First Data 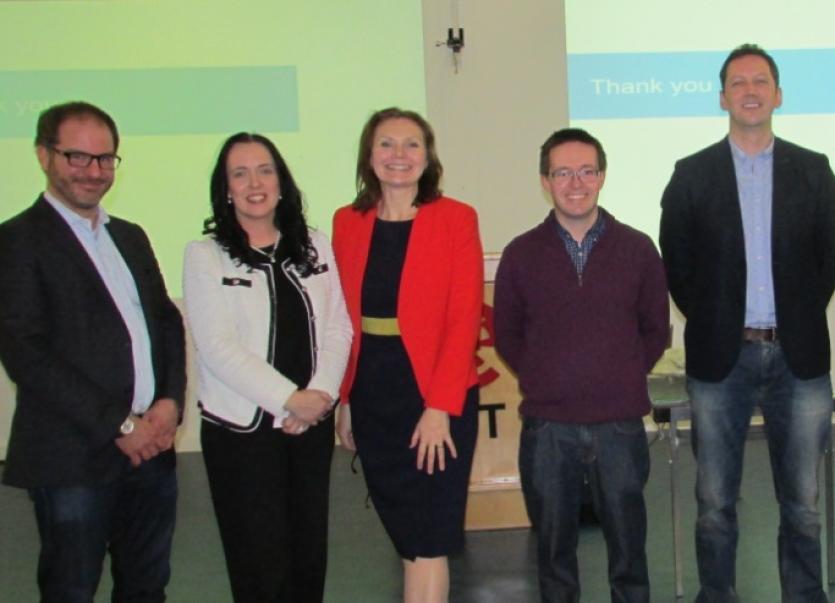 Employees at the new First Data Centre in Nenagh look set to enjoy the perks of Google style offices as more details of the IDA backed development were revealed this week.
The US tech firms new R&D facility, the first of its kind for the company in Ireland, will be the first IDA supported operation to come to the area in over 30 years and already interest is buzzing about roles on offer at the Stereame site.
At a recruitment drive held for LIT Thurles and Clonmel students, members of First Data's senior staff and HR team provided information for student internships, graduate programmes and work placements, saying they were eager to create links with the college. Additionally students were also told of the office blocks silicon valley inspired design with plans to include “moveable walls, nap pods and Bean Bags” replicating Google's unique office environment.
The payments processing company, which works with the likes of Amazon and Stripe, is set to provide over 300 jobs at the Nenagh R&D facility with up to 50 employed at the centre by year end. The company say they will then carry out a “phased employment” system and expect to have an additional 250 working at the Stereame site by 2018.
The centre was originally scheduled to open its doors this summer however due to construction delays it is now expected that the facility will be up and running by the end of the year.
Among the jobs on offer will be roles in application/ software development, application analysis, business analysis, technical project management, systems consulting, and enterprise architecture. All roles will be advertised on the First Data website (www.firstdata.com) as well as Irishjobs.ie with roles expected to come on stream in the next six to eight weeks. A recruitment office for the company in the town is also in the pipeline for the coming weeks.
However speaking at the recruitment drive at the Thurles campus VP and general manager of eCommerce EMEA at First Data Peter O'Halloran said the company will be looking at applicants as a whole, adding that a strong Linkden presence and good social media portfolio is seen as highly beneficial.
“Be well prepared when coming for an interview. If you say you have an interest in cyber security be able to talk about it. Do your research on the company. Skill sets speak for themselves and all staff are given the opportunity to up skill but you need to be prepared and have your research done,” he added.