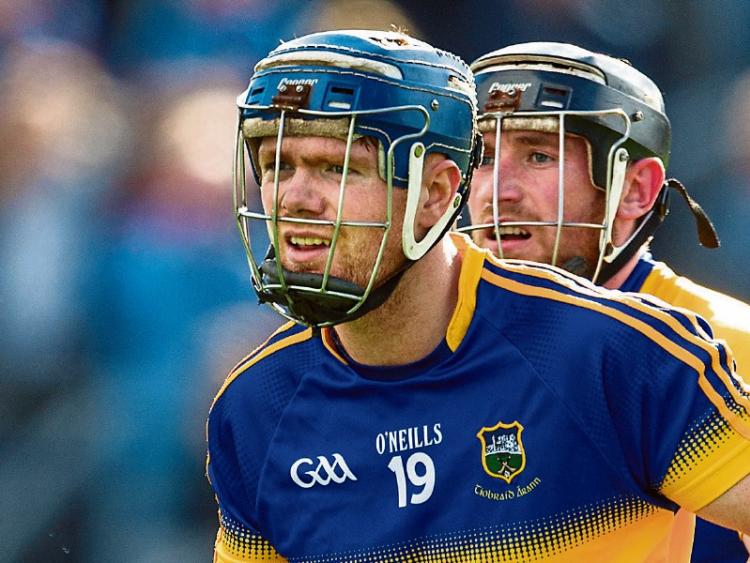 Jason Forde (Silvermines) who scored Tipp's goal in their 1-24 to 1-8 win over Dublin.

All-Ireland hurling champions Tipperary got their National Hurling League campaign off to a perfect start this evening (Saturday) with a comfortable 16 points victory over Dublin at Croke Park.

Just 22 weeks after lifting the Liam McCarthy Cup at the same venue last September, Michael Ryan’s champions made light work of a young and experimental Dublin side, and with the exception of the first quarter of an hour after which they trailed 0-4 to 0-1, Tipp’s superiority was never in doubt.

Played in very difficult conditions for the sliothar, with a strong wind and heavy rain adding to the bitter cold, Tipperary will be well pleased with their overall performance, with many fringe players impressing with determined displays over the hour. Michael Ryan, no doubt, will be pleased with the early season attitude on display from his established panel and newcomers alike.

The Metropolitans had the better start with the strong wind at their backs and led 0-4 to 0-1 after 10 minutes, but eventually Tipp found their rhythm and once they hit the front in the 24th minute they never looked back.

At half-time, Tipperary had stretched their lead to 0-11 to 0-6, helped by impressive displays from Paudie Maher, Brendan Maher, Jason Forde and debutant Aidan McCormack who would end the day with five points.

With the driving wind behind them for the second period Tipp upped the tempo and a succession of fine points from Thomas Hamill, Noel McGrath, Liam Bergin, Jason Forde, Aidan McCormack and Paudie Maher, added to by Seamus Callanan’s expert free-taking, had them well clear at 0-20 to 0-7 with 15 minutes still to play.

Dublin did respond with a goal of their own from substitute Eamonn Dillon shortly afterwards but it was purely cosmetic on a very disappointing night for Ger Cunningham’s side.

Tipperary used the second half to introduce the full bench . Among the subsitutes Niall O’Meara and Sean Curran got on the scoresheet while it gave welcome game time also to Barry Heffernan and Daire Quinn. All will be keen to keep their names well advanced in the manager’s mind as he goes about his business for the year ahead which all Tipp fans will be hoping can be bookended with another victory back at headquarters come a sunny Sunday in September.

There were many find displays on the night for the winners. Daragh Mooney did nothing wrong between the posts. Donagh Maher and John O’Keeffe (up to the time of his injury) were solid on the inside back line. Paudie Maher was majestic in the half-line with two fine long range points into the bargain. Last year’s captain Brendan Maher impressed also,  working tirelessly throughout. Jason Forde and Aidan McCormack shone in the forwards while Seamus Callanan contributed with eight frees before being replaced by Niall O’Meara.

Full report, analysis and interviews in Wednesday’s edition of ‘The Nationalist’.