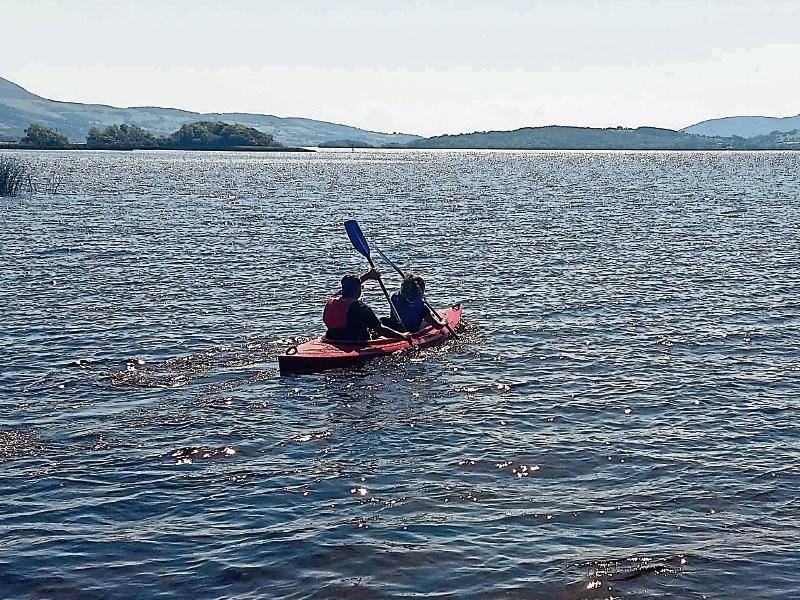 The new Shannon Blueway which opened on Lough Derg in January has huge potential for job creation, Nenagh councillors have been told.

Waterways Ireland made a presentation to local councillors on the new canoe trail on the lake and how it can be developed.

"There were 100,000 visitors to the northern end of the Shannon Blueway in its first year and eight new businesses were started," Eanna Rowe, western regional manager, Waterways Ireland, revealed.

"It's about how to provide opportunities for employment in rural Ireland," he told Cllr Michael O'Meara after the Independent councillor pointed out that farming used to be the driving force for economic development in Tipperary.

"Realistically, there is now just one job on the farm, but there are also jobs in tourism and activities. People need to embrace this because this is the way to go," said Cllr O'Meara, who described the tourism region that Tipperary belongs to, Ireland's Ancient East, as "no benefit to us".

Mr Rowe agreed with Cllr Hughie McGrath that Nenagh town had a part to play in promoting the Blueway.

"Nenagh is definitely a hub, and, with the cycleway to Dromineer, should become part of the Blueway. We see it as dovetailing with the Blueway," he said.

Cllr Ger Darcy, welcoming the development, said this area could do with a tourism boost. "We have never made a proper success of marketing the area. So much more could be done with cruising and fishing," he said.

Cathaoirleach Cllr Phyll Bugler agreed that angling was important and needed to be re-established, especially in the German market.

She asked that the Shannon and Lough Derg be promoted under its own brand - wild water ways - as the region was "sandwiched between two giants" in the Wild Atlantic Way and Ireland's Ancient East.

Mr Rowe agreed, saying: "We had Lakelands and it was supported by 11 local authorities. We won't be found wanting when it comes to knocking on Failte Ireland's door to re-establish that. The Shannon is the spine of it."

He pointed out that water-based activities were on the way back, with cruiser hire up 11 per cent, Emerald Star Lines in Portumna would be working at full capacity this season, with cruising worth €55m to the Shannon each year, and private boat users spending €88m.

Cllr Seamus Morris warned that Lough Derg needed to be protected and recalled that boats could not leave some harbours last year because the level of the water in the lake had been deliberately dropped. However, he agreed the Blueway could be a huge economic driver.

Cllr John Carroll was disappointed that there was no huge emphasis on angling, walking and swimming in the presentation, saying course angling had now outstripped golf as a holiday activity. He would also like to see Nenagh's Sli Eala being part of the project.

"I would have been a sceptic before the presentation," declared Cllr Joe Hannigan, "but this ticks all the boxes. You have an understanding of pulling it all together. We have to sell the message to the service providers. We'll give it 110 per cent support."

District manager Marcus O'Connor told the meeting that it had been realised that the area had an attraction in Lough Derg that had huge potential but was underdeveloped.

"A lot of work has been done in the last number of years and the Lough Derg Marketing Strategy was a good starting point," he said.

He pointed out that Nenagh was developing its own tourist office and will focus on promoting Lough Derg and Nenagh.

"In the long term, there is a big gain for everyone in this," he said.

Cllr Fiona Bonfield took up this point, pointing out that "at the end of the day, it comes down to how to sell it. Failte Ireland closed its office here, so where are we going?"