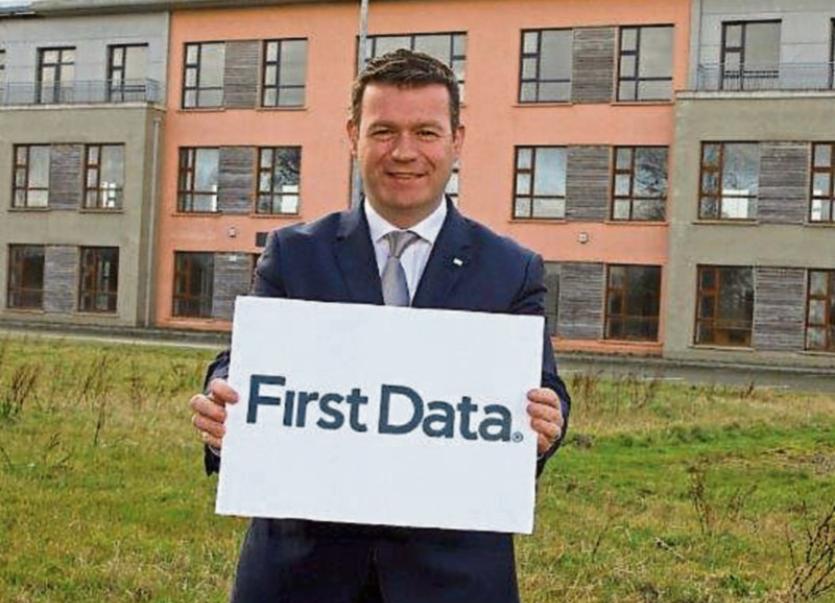 The was good news for Nenagh this week with the revelation that a number of companies have been in touch with Tipperary County Council to locate in Stereame Business Park alongside First Data.

The US global financial company announced last year that it was setting up its European R&D facility in Nenagh following talks with then Minister Alan Kelly.

The company plans to employ 300 people in high-end IT positions and will bring about €18m in wages to the local economy.

And, he expects the contractors building the facility's 300 car parking spaces to begin work on February 27, with the first employees starting in September.

Work being carried out at present by the ESB involves laying cables underground and putting in substations, he said.

“We have had a number of approaches from people who want to locate there,” said Mr O'Connor.

He told Cllr Hughie McGrath that the council was producing a masterplan for the entire Stereame site after the Independent councillor said he was “nervous” of work going ahead without a full plan in place for commercial and residential development.

“We can't hold up the contractors. They are doing urgent pieces of work. Housing will come in the masterplan,” said Mr O'Connor.

The district manager said the council was also hoping that the transfer of land at Stereame to Nenagh Eire Og will come before Tipperary County Council's March meeting.

Meanwhile, Deputy Alan Kelly, who announced that the company was coming to Nenagh in the run-up to the 2016 election, confirmed that work on the car park will start next Monday under contractor Kenny Civil and Plant Ltd.

He said that the groundworks and car park will be the first phase of the development. This will be followed by the work on developing the building and extending it and the final component is the fit out of the new building.

The intention is to have the work finished in the third quarter of this year, with work commencing there soon after.

Deputy Kelly also revealed that First Data will be fitting out a new office at 6 Pearse Street (formerly Card & Gift Fayre) in March to commence recruitment of staff and said he was encouraging anyone interested in working there to contact them at this office or to email recruitmentnenagh@firstdata.com

“This is the most exciting development to happen In Nenagh in many decades and I look forward to seeing First Data thriving In Nenagh and the town garnering the undoubted economic spin off that this will undoubtedly bring,” he said.