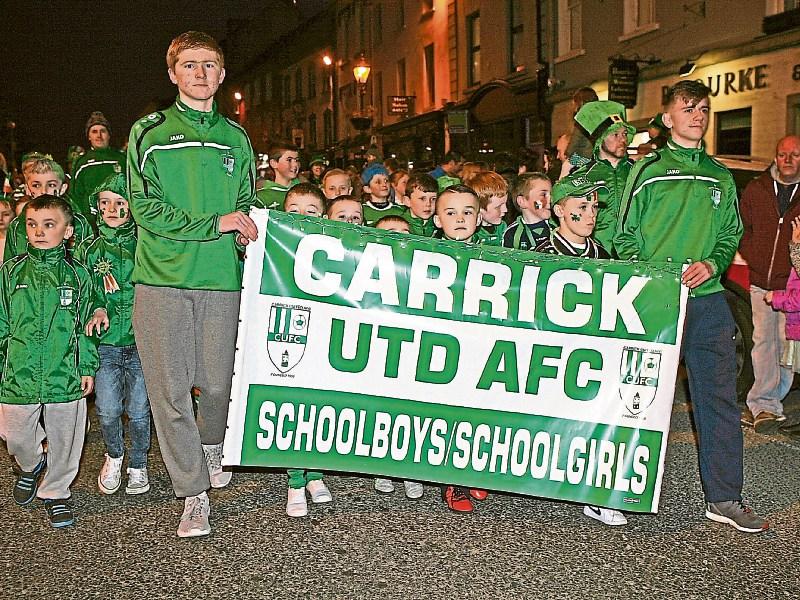 Carrick-on-Suir's St Patrick's Day Parade will be an evening pageant for the second year in a row that will feature  a fleet of illuminated tractors with a dazzling fireworks display finishing off the celebration with a bang.

The fireworks display over the River Suir at Sean Healy Park off the Clonmel Road is a new addition to Carrick's St Patrick's Day celebrations, which the organisers hope will draw many more visitors to the town on March 17.

Cllr David Dunne of Carrick's St Patrick's Day Parade Committee said the Committee has decided to host the parade after dark once again following the success of last year's first ever evening pageant and the "great feedback" they received about it from the public. The Parade will start from the Swan GAA Hall at Greenside at 7pm and finish at Sean Healy Park.

As with last year's parade, the star attraction will be the convoy of fairy light festooned tractors led by local farmer Stuart Downie from Tybroughney. The cavalcade has drawn thousands of spectators to the streets of Carrick-on-Suir before Christmas over the past three years.

Any group or organisation interested in taking part in Carrick-on-Suir's St Patrick's Day Parade should contact Cllr David Dunne at (086) 347 6317.