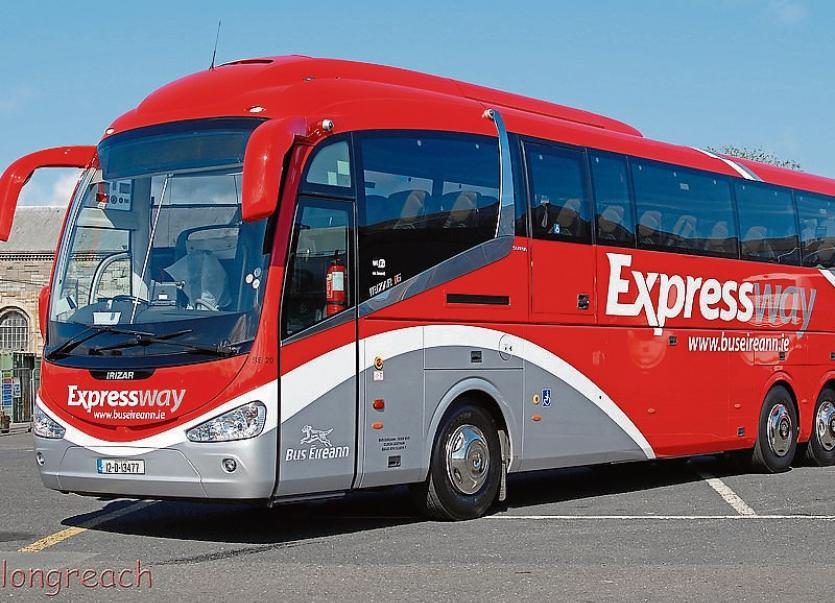 "A white line" protest against the proposed closure of Bus Eireann' s Clonmel to Dublin expressway service will be held at the town's bus and rail station at 5.30pm on Thursday evening.

Sinn Féin MEP Liadh Ní Riada and her party colleague, Deputy District Mayor Catherine Carey will lead "a white line protest" at Clonmel's bus and rail station at 5.30pm this Thursday to protest against the proposed closure by Bus Eireann of the Clonmel to Dublin Expressway service.

A local spokesperson said that protestors would stand along the white line in the middle of the road but wouldn't block the road.

"We are hoping that not only Sinn Féin members will join this white line protest but that many members of the public will also take part", the spokesperson stated.

"This removal of our service to Dublin impacts us all and will have a severe impact on those who do not have their own transport.

It will also impact on the environment, given that more cars will need to be on the road to reach Dublin", the spokesperson added.

More than 100 people attended the Save Our Bus Service public meeting in the Clonmel Park Hotel last Thursday night.

The meeting heard a call from the National Bus and Rail Union's General Secretary Dermot O'Leary for the county's TDs to use their political influence to secure a moratorium on the company's plan to axe its Clonmel to Dublin express route services from next Sunday, March 12th.

Deputies Seamus Healy, Mattie McGrath, Michael Lowry and Jackie Cahill, along with Kilkenny TD Kathleen Funchion all pledged to do what they could in the corridors of power in Leinster House to save the X7 route that operates eight services daily between Clonmel and Dublin.