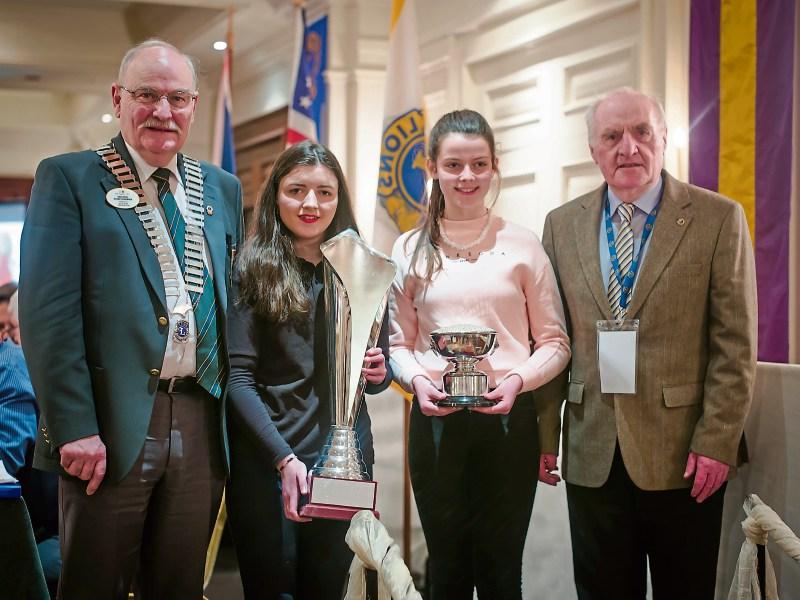 Cashel Lions Club were represented by Seamus J. King and Paul Monks at the 48th annual convention of the Irish Lions held at the Keadeen Hotel, Newbridge over the weekend.

It was an historic occasion for the Lions because it was the last occasion for the members of 105I to meet, the name of the District to which the Irish Lions have belonged, since the first club was found in Dublin in 1955. District 105I was part of the Multiple District 105, which comprised the Lions of England, Scotland and Wales, as well as Ireland.

From next July 105I will no longer exist as the Irish Lions will now form the independent District of 133.

There was another reason for the Lions to celebrate. This year marks the centenary of of the foundation of Lions International, which was set up in Chicago in 1917. An Post will recognise this event in July when they issue a special commemorative stamp.

The Cashel Club was founded in 1961 and was the fourth club to be established on the island of Ireland, after Dublin, Cork and Belfast.

Both winners were introduced to the delegates at convention and Chelsea addressed the meeting on her community work, especially with Cashel Youth Club and the Order of Malta. She received a standing ovation after her presentation.

The Cashel Club were also recognised when Seamus King was presented with a Certificate of Appreciation in recognition of the club's involvement in District projects.