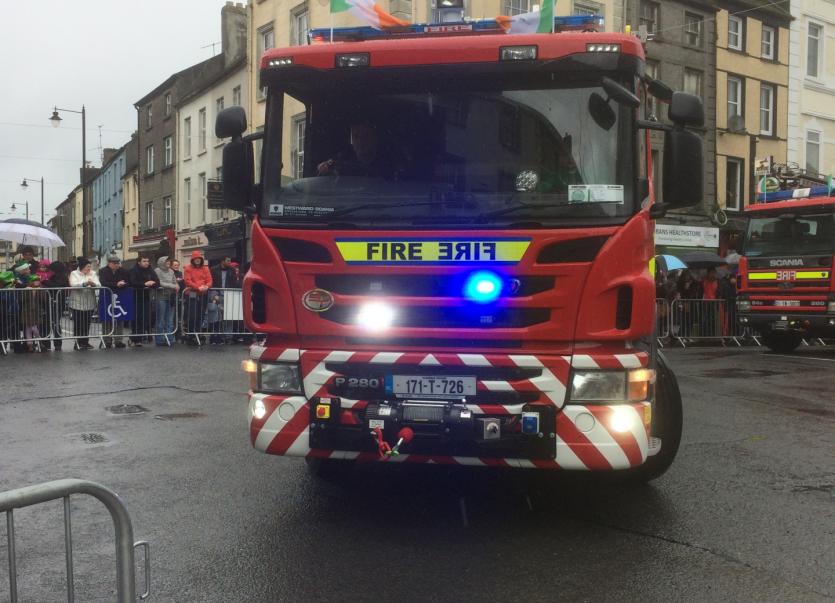 Nenagh paid a moving tribute to those lost in the Irish Coastguard tragedy off the County Mayo coast in the early hours of last Tuesday morning.

The annual parade traditionally starts with Tipperary Fire Service moving through the streets with its sirens blaring. However, for the first time ever the sirens fell silent as the fire tenders led the parade before going back on active duty.

And the thousands of spectators bowed their heads in the incessant rain and blustery wind as they remembered Capt Fitzpatrick and the missing crew members.

Also paying tribute were members of Lough Derg Sub-aqua Club and Search and Rescue Service, who paused briefly before the reviewing stand.

Meanwhile, in a week when the town was rocked by the news of the phased loss of 210 jobs at its Coty cosmetics plant, Nenagh put on a brave face and showed its resilience by refusing to let the bad weather rain on its parade. Some 41 local voluntary organisations, sporting clubs and businesses took part in the parade, including hundreds of children from the town's Irish dance schools and academies and Girls' Convent School Marching Band and majorettes.