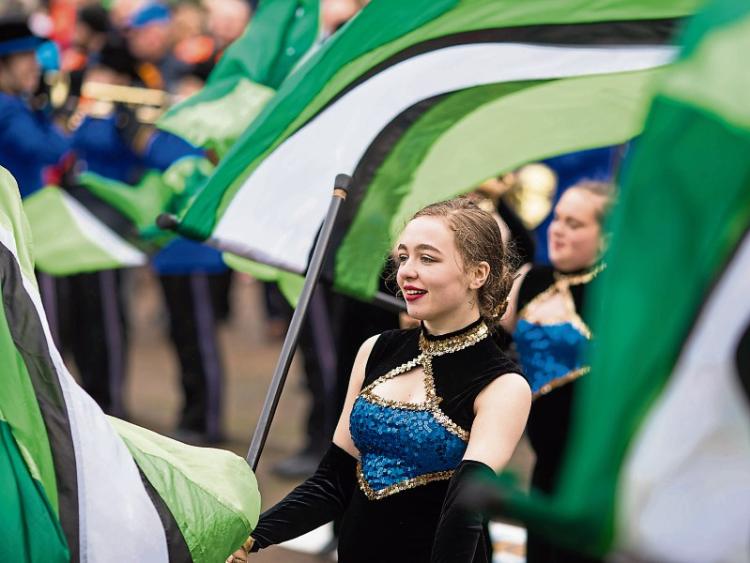 Around 1,000 musicians performed in the event saw 17 bands from the United States, Germany, England, Northern Ireland, Tipperary, Dublin, Donegal and Westmeath as well as Limerick marching down O’Connell Street in Limerick as part of the Limerick St Patrick’s Festival 2017.

Tens of thousands of spectators braved the weather and lined the route, cheering on the competitors in what is Ireland’s only marching band competition.

Illinois State University were  the overall winners of the 47thLimerick International Band Championship.

Illinois State University were presented with the Kenneally Jewellers Perpetual Trophy as overall winners of the championship organised by Grooveyard on behalf of Limerick City and County Council.

Mayor of the Metropolitan District of Limerick Cllr Michael Hourigan congratulated the winners: “The Limerick International Band Championship is such a unique event and I’m delighted that it is continuing to be as popular as ever, drawing high quality bands to Limerick.  I would like to thank the bands for coming to Limerick and entertaining the massive crowds that turned out to see the musicians and a big congratulations to the winners.”

Bands performed at the reviewing stand for three minutes as part of the judging process with the winners announced at Arthur’s Quay Park following the marching.