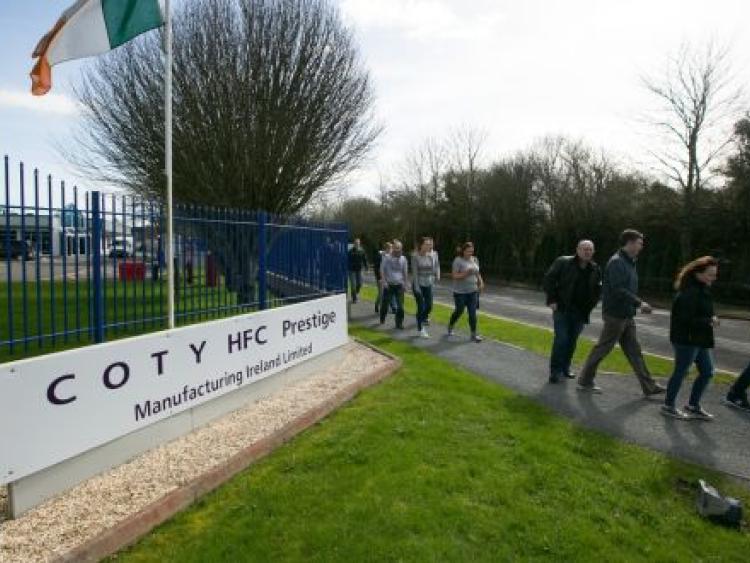 There have been calls to market the Coty plant in Nenagh “all over the world” in an effort to bring new jobs to the area.

The cosmetics company announced last week that it is to close the plant over the next 18 months with the loss of 210 jobs.

“We are now hearing the dreaded talk of a taskforce,” according to local councillor Seamus Morris. “But at the end of the day, it will be down to the abilty of politicians to put the plant under the noses of the right people and for the IDA to sell it and market it.”

Cllr Morris told Nenagh Municipal District Council during a discussion on the closure that the time for a taskforce was not when the factory was about to close.

“I blame the IDA for notbringing any foreign direct investment (FDI) to Nenagh for the past 20 years. They have taken business away from Nenagh,” he said, claiming that the town's former Rohr facility was to have been taken over but the jobs had been “whipped away”.

“We need the Coty site to be marketed all over the world,” said Cllr Morris.

The Sinn Fein councillor praised local TD and former Minister for the Environment Alan Kelly for the work he had put in to bring 300 jobs to Nenagh through global financial giant First Data.

“He went against the IDA and it is now up to the rest of them to step up to the mark,” he said.

Pointing out that submissions from the council under the proposed National Planning Framework were due by last Monday, he said: “We have to shout stop to the growth of Dublin. It is not healthy what is happening.”

He called for all councillors to make a submission to the framework.

Cllr Hughie McGrath decribed the Coty closure as a “sad day for Nenagh”.

“Brexit didn't work in favour of Coty. It does show the importance of First Data coming to Nenagh,” he said.

Cllr Joe Hannigan also paised Deputy Kelly for his work in bringing First Data to Nenagh, and said the Coty closure will have a major impact on the entire region.

“It is up to all of use to get heads together,” said Cllr Ger darcy, who revealed that he and MDC Cathaoirleach Cllr Phyll Bugler had already been in touch with Jobs Minister Mary Mitchell O'Connor.

He also pointed to the need for a strong submission to the National Planning Framework, pointing out that the Midwest was the biggest growing area outside Dublin.

Cllr Bugler declared that action was “needed now” and said she hoped to have Minister Mitchell O'Connor in Nenagh in the coming week.

“If we don't do something drastic, Ireland will be tipping into the Irish Sea,” she observed.

Deputy Kelly was also praised by Cllr Mattie Ryan for his work on First Data, and he said it was up to everyone to make a submission on the proposed NPF.

Cllr John Carroll was pessimistic about the planning framework, saying: “We can talk about a strong Limerick, but the public representatives will sign off in favour of Dublin unless we stand up.”

District manager Marcus O'Connor told the councillors he understood that a taskforce will be set up but he didn't have full details of it.

“My remit is jobs for the Mid West region. I have a colleague similarly focused on skills for the Midwest and of course we’ve a Midwest IDA manager. Collectively we are here to support and augment skills and job opportunities across the region,” she said.

Dr Borthwick pointed out that companies like Optel Vision, Element Six and J&J Visioncare are all looking for staff, and that there may be opportunities to retrain over the coming 18 months.