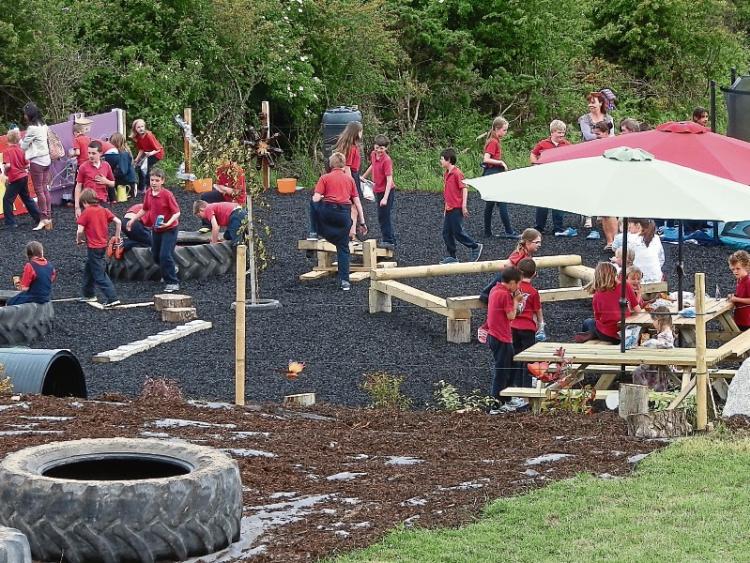 Boher National School has got a new sensory garden thanks to the generosity of the wider community.

The school, which has 112 pupils, including six in its autism unit with a further 14 on the autism spectrum in mainstream classrooms, has twice benefitted from the Tesco Community Fund. Each donation was around €300.

Dawn Kenny, a Special Needs Assistant at Boher National School and one of the parents, Jo Flood, were the driving force behind the development of the school’s sensory garden.

“Quite a few children in the school needed more than the usual mainstream resources. Our vision was that our sensory garden would become a haven for children with needs to de-stress and to develop co-ordination, balance and upper body strength, which children with needs are very often lacking,” said Dawn.

The local community, parents and pupils also helped, through fundraising to fund the development of the garden, including cake sales, a Mad Hatter’s Tea Party, raffles, sponsored swims as well as a game-a-thon, where children had to play games constantly for 12 hours. The completion of the garden was a real community effort with parents and families lending a helping hand.

The donations allowed for the development of the garden, purchasing the rubber chip safety surface of the garden. While the second donation was used to create a more physical element to the garden including wooden frames.

“The donation from the community fund meant a lot,” says Dawn. “It was lovely to be able to send out a letter to parents to tell them that we were taking part in it,” said Dawn. “Our involvement in the Community Fund has resulted in an increase in the public awareness of our garden the benefits of sensory gardens for students. As a result we have received many calls and emails enquiring about the rationale and process of creating the garden not only from other schools but also from community groups and parents of children with needs.”

While sensory input is vital for the children with special, all the pupils in the school are benefitting from the garden.