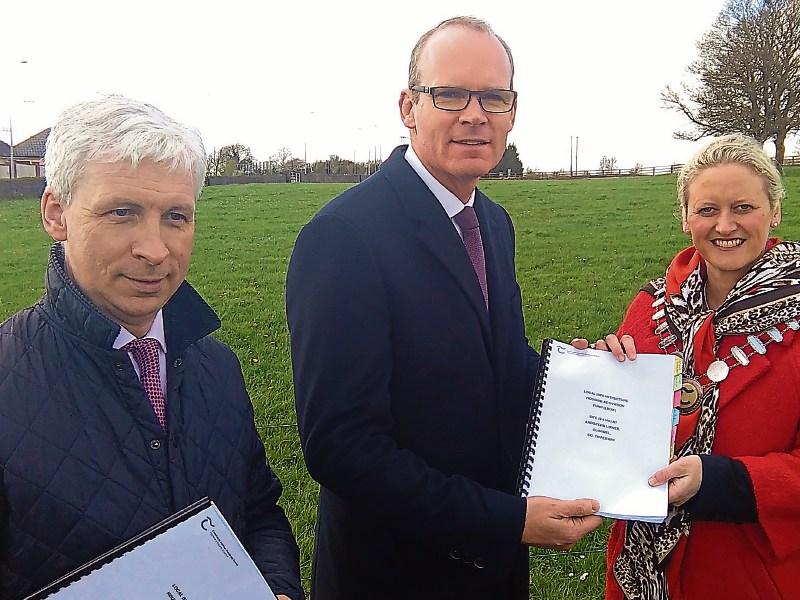 Clonmel is set for a massive housing boost with two hundred new homes earmarked for a prime site overlooking the town.

New government funding has already been approved for the develoment at Lower Ardgeeha on the Cashel Road.

And Tipperary County Council officals are hopeful that funding may become available at a later date for an even bigger development nearby of over three hundred homes.

Housing Minister Simon Coveney visited the Ardgeeha site on Friday and said the new development represented a significant boost to the Clonmel economy.

The construction of over five hundred houses would represent a massive vote of confidence in Clonmel, he stated.

It is expected that the first development - including public, private and social housing - could be completed within three years. It will be the first new housing development  in the county in the past seven years.

The government has commited up to €750,000 to the development under a new scheme - the Local Infrastructure Housing Activation Fund - to develop new housing across the country.

Much of the focus is on  the larger cities and Clonmel is one of just a number of sites outside the big population centres where  an application for funding has been successful. Funding of €226m for 34 projects across fifteen sites has been approved.

The money will go towards infrastructural development, such as distributor roads, cycle lanes and in Clonmel's case,a new roundabout at the top of Heywood Road.

The site comprises 9.46 ha and is located about 1.7 km to the north of the town centre and immediately to the east of the R688 Clonmel – Cashel regional road in close proximity to Boston Scientific and Abbot Ireland – Vascular Division.

A second application for the larger three hundred house scheme was unsuccessful but Minister Coveney told council officials on Friday that if other areas don't avail of all their funding under phase one, that money may return to Clonmel for the second scheme.

County CEO Joe MacGrath and chairperson Siobhan Ambrose, along with planning officials and councillors, met Minister Coveney on the site and welcomed his commitment to the project.