"The decision was wrong and should not have gone ahead", he says 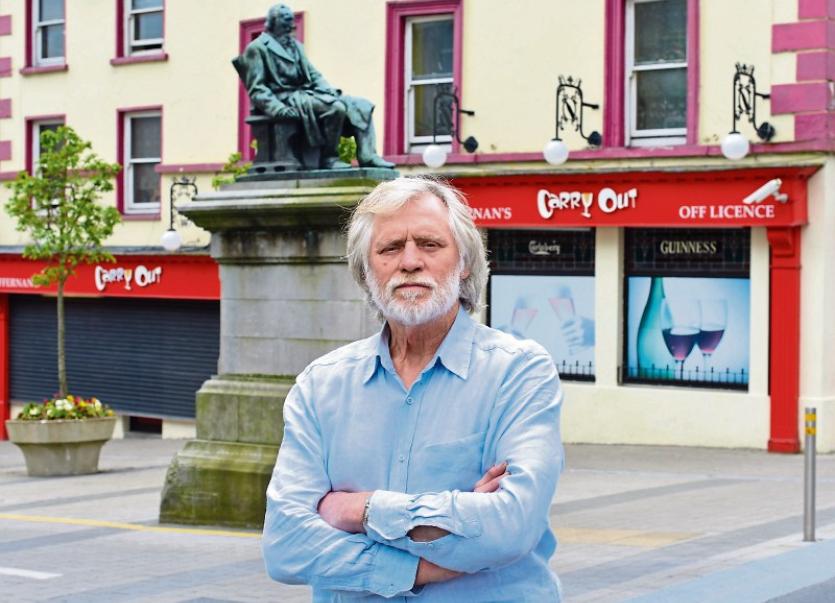 A Tipperary Town business man man believes a controversial plaza development that went ahead despite objections, is anti business.

In business for over forty years in Tippreary, Tony Walsh fears more casualties will occur in the town.

“I walked the Main Street recently and counted over thirty closed premises. Decisions are being taken that affect businesses and it is all about survival now” said Mr Walsh.

He is outraged at the negative impact the Kickham Street plaza is having on his business and be believes it is not good for other businesses as the one way system has a knock on negative affect on parking and congestion.

“This plaza cost over €325,000. A crazy amount of money. Business people had serious concerns about it but it still went ahead and there were 1,000 people who signed a petition against it”. said Mr Walsh who operates the Wellworth shop on Main Street.

He arrived in Tipperary Town with Woolworths in 1976, had the option of going back to England two years later when Woolworths pulled out, but instead he stayed on in business at the same location under the Wellworths name.

He is becoming increasingly frustrated what he believes are the ever increasing obstacles being put in his way to try and stay open.

“It is becoming very very difficult to survive. I believe the business community is not being listened to in this town and that is why so many close down” he said.

Mr Walsh said he was horrified at the Tipperary County Council policy of equalisation of commercial rates in the towns throughout the county.

Mr Walsh said such a decision was ridiculous and failed to take into account the reality of the situation on the ground in Tipperary town.

He feels that the local authorities fail to do enough to engage with business people in the town.

“You just have to ask why this plaza had to go ahead. The project was wrong in its conception and execution. It has done nothing for the town only cause problems for businesses and motorists. It certainly has not enhanced the town. It could have been a good idea between the banks if and when a by pass is provided for the town. At the moment the traffic situation is chaotic and it is very difficult to enhance the town centre with such a volume of traffic driving through the centre of the town” said Mr Walsh.

He was among a group of business people who were invited to sit in on a recent meeting of Cashel/Tipperary Municipal Council when the Kickham Steet plaza was being discussed.

The buiness people, he said, felt they were being treated like children. They were not allowed to say anything, just listen to the debate going on between officials and councillors.

“It was very frustrating. We could not say anything.

“There was a recess and we did not return but it was unfair of one councillor to say we left in a huff and it was unfair to say that the council could not allow a small group of business people to hold the town to ransom on the issue”, he said.

He said the ransom comment was hurtful and showed how out of touch the council was .

He said decisions were made by the authority and proceeded with but it would, in his view, be wiser for more meaningful consultation to be conducted.

“There was a decision taken to place a bottle bank practically on top of the N24 at the Main Street near a very busy and dangerous roundabout coming from ClonmelIt made no sense and it had to be removed after it was constructed.

“People living in the area objected to it prior to its erection but nobody listened.

“The plaza was something similar but on a much bigger scale affecting much more people and having such a big impact on the town itself.

“The plaza decision was wrong and it really should not have gone ahead” insisted Mr Walsh.