Shock and outrage at treatment of animal 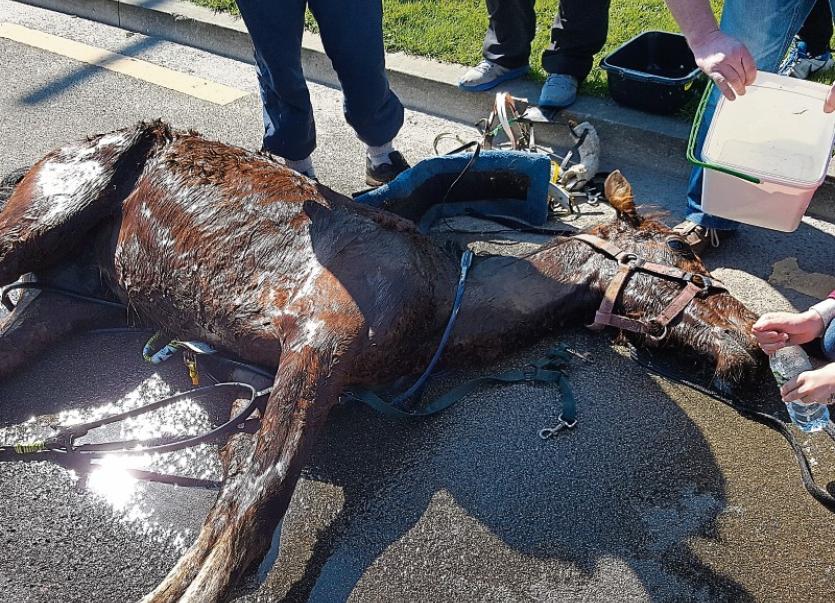 The shocking and cruel images of a pony that was almost driven to its death while sulky racing in Cashel has taken a happier turn and readers will be delighted to know the animal is recovering and on its way back to health.

Our sister newspaper The Tipperary Star broke the story earlier this week of the horrible experience of the one and a half year old pony.

The pony is now in a new home and doing well.

This horrible story of abuse  caused major upset in the historic town and the fact that it occurred near Tesco, in broad daylight on a busy afternoon with tourists passing by, en-route to the Rock of Cashel, only exacerbated the sense of anger.

The one and a half year old pony was treated on the side of the road by a local vet, who was called to the scene by irate passers-by, and was later taken away by officials of the ISPCA.

The pony is said to be doing well at this time, but will never be returned to its owner, who attempted to retrive the animal at the scene.

Three Garda vehicles attended as exchanges became hostile and threatened to spill over.  There were four sulkies involved at the time with the other three fleeing when the pony collapsed.

The straps were cutting into the animals side - the two hind legs were red raw from them and the poor misfortunate animal collapsed with exhaustion having been literally driven into the ground -one witness told The Tipperary Star.

There have been many angry reactions to this act of cruelty but there has also been much praise for those who stepped in and saved the life of the animal.

The pony is now happily spending its days in a quiet field as it recovers from its ordeal.