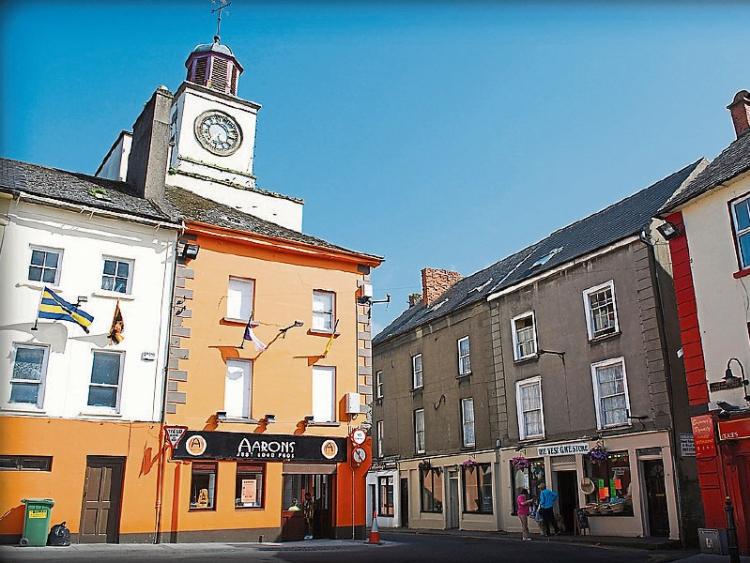 Work on preparing a €67,0000 design blueprint to upgrade the streetscape of Carrick-on-Suir town centre, with a particular focus on Sean Kelly Square, is to begin next month.

Tipperary Co. Council has chosen design consultants to carry out the public realm study, which the Council will use as a basis for securing funding to improve the town centre's physical appearance.

Carrick-on-Suir Municipal District Administrator Martin Nolan informed the monthly meeting of the Municipal District's councillors that work on the plan is to begin in May and is expected to finish in September.

The plan is being funded by the Department of Housing, Planning, Community & Local Government and Tipperary Co. Council.

"This plan will allow us to seek funding and have work carried out in future years," he explained.

The funding for the plan was welcomed by Carrick-on-Suir's two councillors David Dunne and Kieran Bourke.

Cllr Dunne said one could argue the €67,000 should be used in other areas but he believed you need a plan to move forward.

Cllr Bourke said he was delighted to see the Council was almost ready to appoint design consultants to draw up the plan. But he wondered was the local authority "putting the cart before the horse" by preparing this plan before doing a traffic management plan for the Sean Kelly Square area.

He said there was a huge traffic problem in the town centre with a large volume of traffic, including articulated trucks, passing through Main Street and the West Gate into Sean Kelly Square. You had to sort out this issue out before you could do justice to any public realm plan drawn up for that area, he argued.

Cllr Bourke believed traffic needed to be directed away from Sean Kelly Square in order to make it a focal point for the town. He also asked was the Council going to get funding to do the works that will be proposed in the plan.

"A number of years ago we passed the Ormond Quarterplan (covering Castle Street and the Ormond Castle area). I just hope this isn't going to be shelved and left there," the FF councillor added.

Mr Nolan responded that the public realm plan will tackle as much as possible the big problems with Sean Kelly Square. He acknowledged it would be better if the town had a third river crossing to divert traffic over the River Suir but that wasn't going to be achieved in the immediate future.

He said there was no guarantee the Council will receive funding to implement the design plan but if you have a design ready to tender and to seek planning permission the chances of securing funding were much higher than if a plan wasn't in place.

Mr Nolan pointed out elements of the Ormond Quarter Public Realm Plan were being implemented, particularly the refurbishment of the town's historic walls.

He said a traffic plan was also on the agenda but funding for the public realm plan became available first. "This just happened to fall on our lap but if we were sequencing it properly we would have done the traffic plan first."