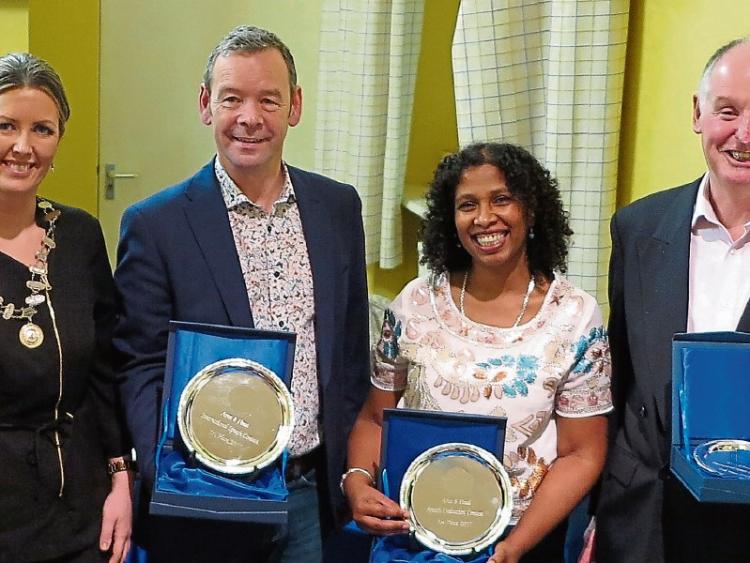 It's not often a world first is celebrated in Clonmel.

This award is awarded in recognition of the number of members who completed Communication and Leadership development programmes.

The communication and leadership skills are of benefit in all aspects of life, with people joining Clonmel Toastmasters to improve their confidence in communication, or needing to prepare for a job interview, a wedding speech or work presentation.

Toastmasters is recognised by private business owners, sales people, multi-national company employees and anyone who has to deliver a talk as part of their work, or who wants to gain confidence with communication and develop their leadership skills.

The club had huge success in the Toastmasters Area 8 Speech Contest and in Waterford in March, competing against all of the clubs in Area 8, Isweri Pillay won the Speech Evaluation Contest, while Peter Butler came second in the International Speech Contest which was won by club president Michael Maunsell.

All three then progressed to the Division Final in Carlow on 9th April, where the International Speech Contest was won by Michael Maunsell.

Michael will now travel to Manchester to compete in the UK and Ireland International Speech Contest Final on the weekend of the 12th -14th May.  This is his second year in-a-row getting to this stage of the contest, which is a great achievement.

The Clonmel club's next meeting is on this Thursday, 27th April at 8pm in Raheen House Hotel. Guests are always welcome.