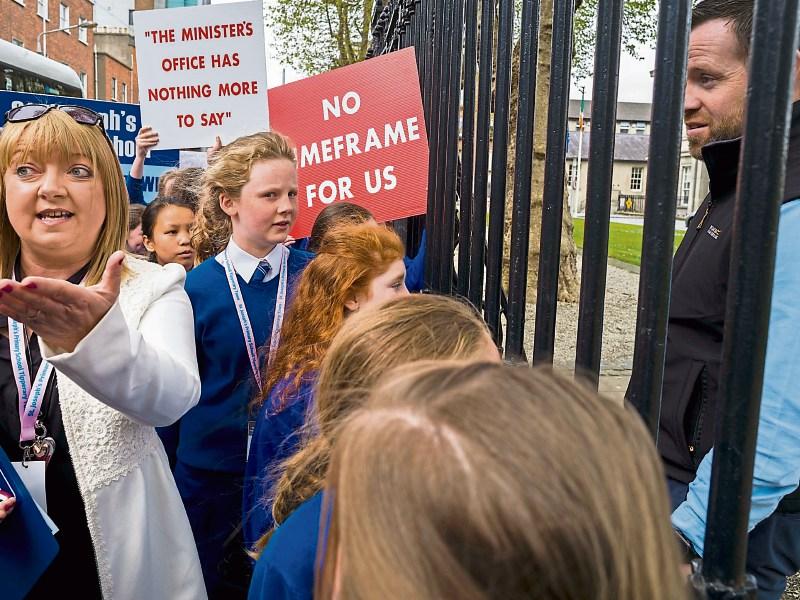 St.Joseph's National School principal Louise Tobin and pupils plea with security at the Department of Education to open the locked gates to allow them hand in a letter.

Children from five schools  in Tippeary Town living in disadvantaged communities were locked out of the Department of Education on Wednesday.

One hundred and forty pupils, school principals and parents were faced with padlocked gates at the Department of Education offices at Marlborough Street.

They  spent over forty minutes on the street outside the Department of Education until they negotiated their way in to hand over  letters protesting at their exclusion from the DEIS programme which allocates additional resources to  schools in disadvantaged areas.

Louise Tobin blasted the “heavy handed” security tactics engaged by the Department of Education and said she was shocked by how the children were treated. 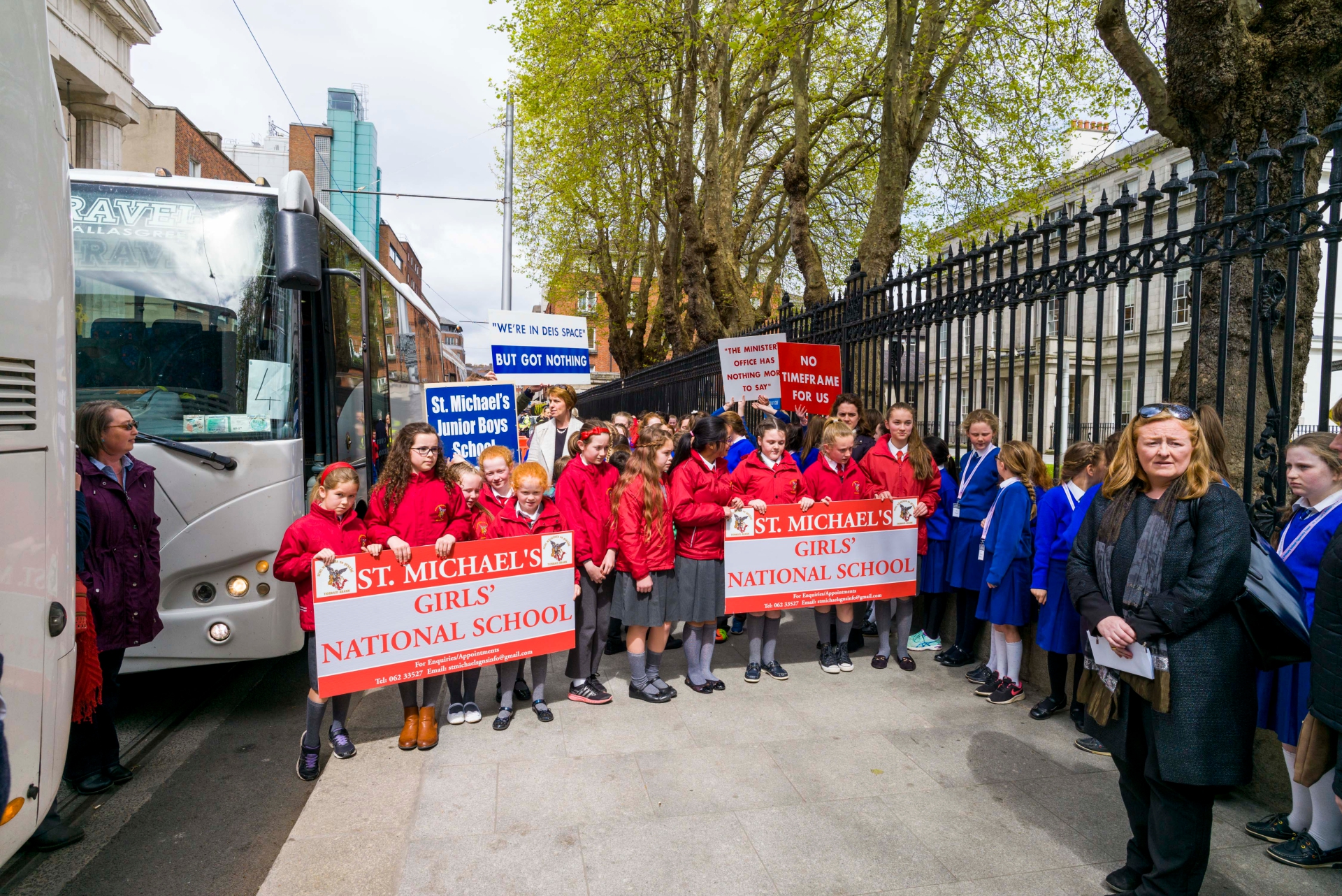 ”These gates are normally open, they are never locked between business hours.The children wanted to hand in letters, that is all. They were all very quiet  and calm.It was disgraceful they were treated like that” said Louise Tobin.

The   pupils  were only allowed into the courtyard to hand in letters of protest once they agreed to put their banners back on a bus.

“They have closed the door on us for the DEIS scheme and we were absolutely disgusted they locked us out of the Department after travelling to Dublin to hand in letters to the minister” said Louise Tobin, principal of St.Josephs national school, one of the five schools involved.

“It was heavy handed security, we were not a protest, there was no shouting and roaring, we were a delegation from five Tipperary schools, a group of children and education professionals,   who are deeply concerned about being excluded  from the DEIS scheme and this type of security was over the top” insisted Louise Tobin.It took forty minutes to negotiate with  Department officials to allow in the delegation to the courtyard for a picture and to hand in the letters to Department officials. 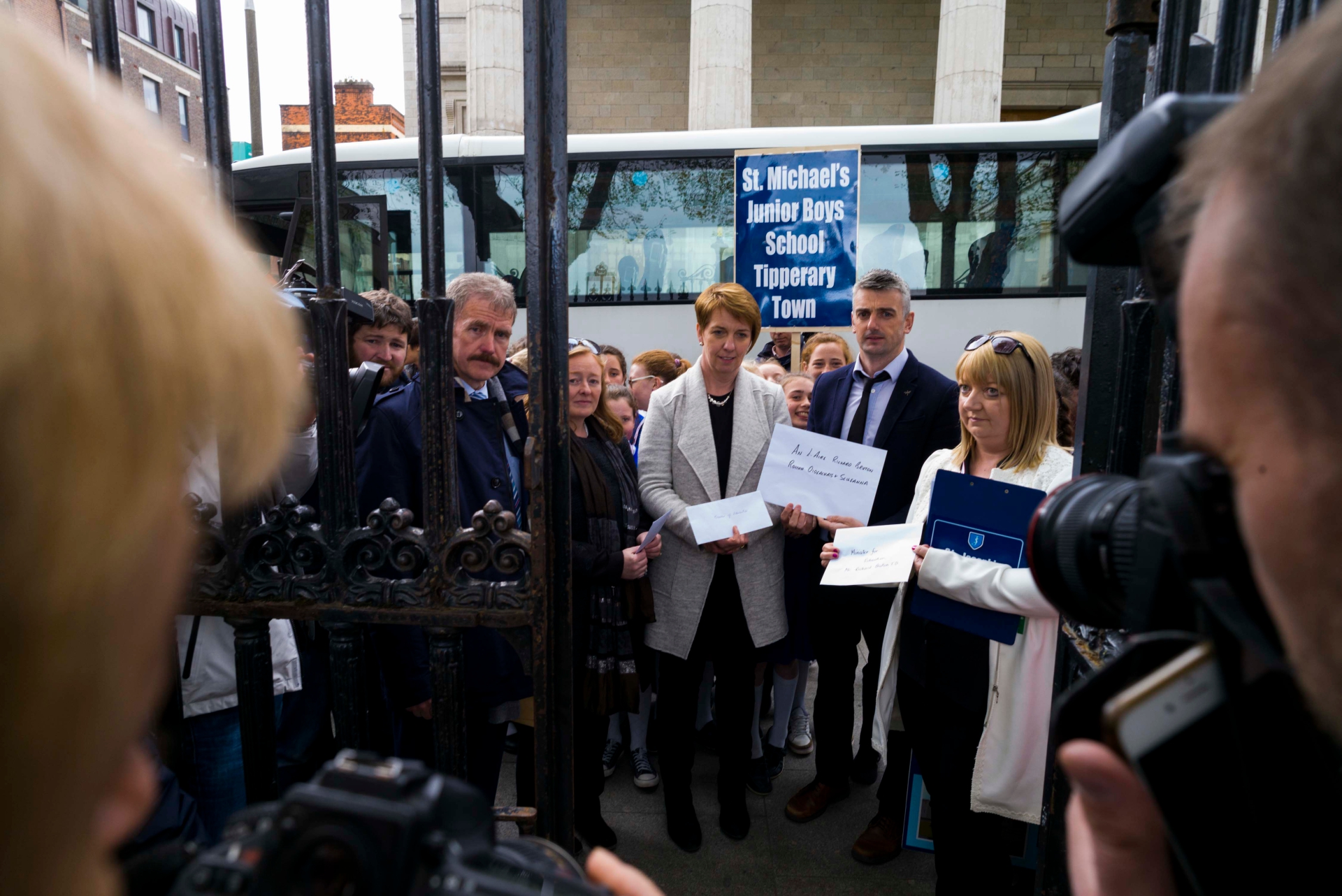 The five schools St.Joseph’s , St.Michael’s Junior Boys and Girls Schools, Monastery BNS and Gaelscoil Tiobraid Arann all believe they meet the criteria for inclusion in the scheme.

Last February an additional 79 schools were granted DEIS status. The Tipperary schools despite the town having a deprivation  index of minus 12  were not included and a school  with a plus 1  deprivation index in Calway city did as did other schools in Mayo that did not have the double figure deprivation  measure applied to Tipperary Town. 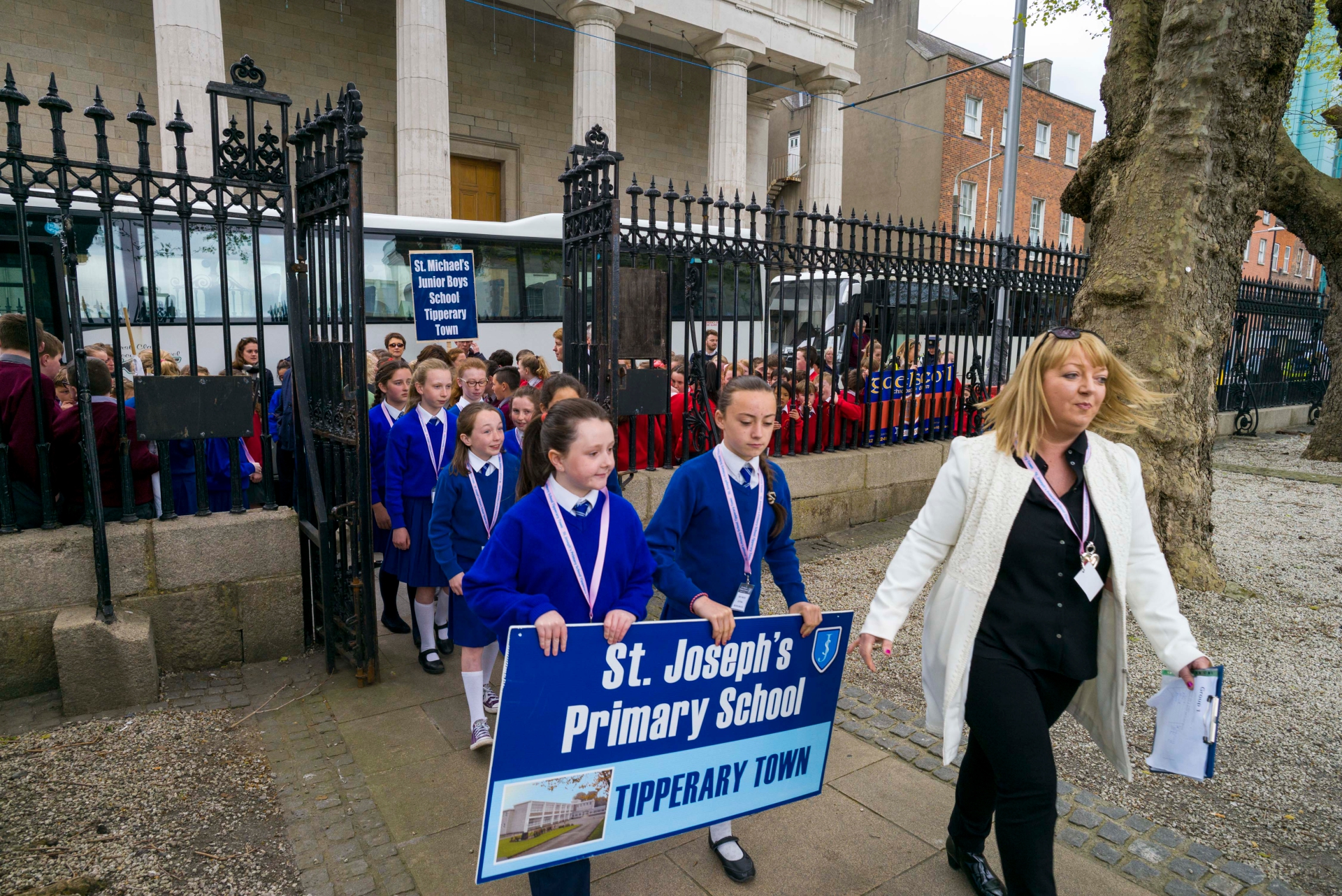 The letters handed in by the Tipperary town delegation on Wednesday called for more transparency and for a review mechanism to be put in place regarding the addition of new schools to the DEIS lists.

They have criticised what they've called "an injustice" being doled out to the children of Tipperary town.

“”The Minister for Education has given over seven hundred children in Tipperary town no hope. The schools have been refused, there is no transparency and there is no review process in place.Every year  in primary school is important for pupils.These children face starting yet another school year next September without the proper resources being put in place, resources they deserve and are entitled to,” said Louise Tobin.