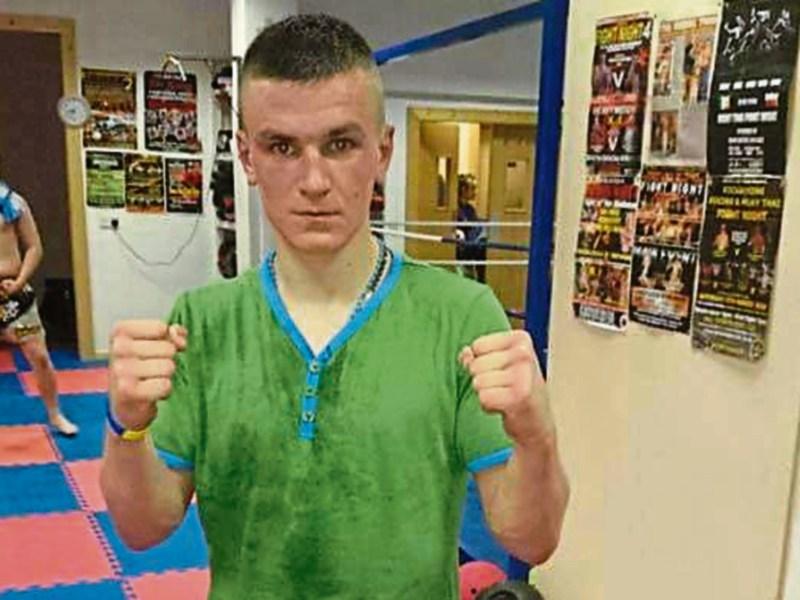 A former world silver medal and Irish national kickboxing champion from Thurles has been jailed by Nenagh Circuit Court for six years for two robberies in Thurles in 2016.

Eddie Barnaville, 22, from Boulick, Gortnahoe, pleaded to the robberies on Liberty Square and Kickham Street on January 24, 2016. He was only 14 when he won his titles and in 2009 was named as a Thurles Person of the Year.

During the incidents, Mr Barnaville knocked both his victims to the ground before kicking them repeatedly and stealing phones and cash. The court heard he had taken a cocktail of alcohol and Valium on the day following an earlier appearance in Ennis District Court on public order charges.

The court was told by Garda Rob Sheehy that at 10.30pm, the first victim was standing outside a pub on Kickham Street when the man was punched to the side of the face. While in a state of semi-consciousness, Mr Barnaville came out and stood over him. He looked at the CCTV and pulled his hood over his head before going down on his knees and taking the man's phone.

"He started to kick him on the ground in the chest and stomach. The man's body can be seen lifting off the ground with each kick," said Garda Sheehy.

Some coins fell out of the man's clothes and Mr Barry reached out and took €35 in cash from his victim.

At 3am, there was an altercation between a man and woman on Liberty Square and Mr Baranville confronted the man. He tripped him to the ground and kicked him in the stomach.

The man appeared to lose consciousness and Mr Barnaville took money from his person. He then kicked him in the face, head and body while the man lay unconscious.

Mr Barnaville took €65 and a mobile phone from his victim.

Garda Sheehy said Mr Baranville was interviewed on three occasions and made full admissions. When he was shown the first incident that showed him pulling up his hood, he replied: "It looks bad." In relation to the second incident, he said: "I beat the guy up and took his belongings."

The victims suffered bruises and lacerations, with one losing a fingernail.

Garda Sheehy said that a second male was before the district court in relation to the first assault and he had made admissions.

The court heard that Mr Barnaville was in custody for breaking his bail conditions inrelation to the current charges and had a total of 23 previous convictions.

Garda Sheehy told Ms O'Dwyer, BL, for Mr Barnaville that the defendant could not recall anything of the events because he had been taking alcohol and Valium.

He agreed he had expressed his disgust on seeing the CCTV footage.

Mr Barnaville told Garda Sheehy he needed rehabilitation because "his body was full of anger".

Mr Barnaville had offered an apology three days before the court.

Garda Sheehy said that, when sober, the defendant had "extremely likeable qualities". Mr Barnaville could be any more excellent at martial arts and couldn't have been on a higher lvel, however, he had chosen his company poorly.

"I couldn't say enough about him when he is sober. He is an excellent sportsman," said Garda Sheehy, who told the court Mr Barnaville had good support around him and his family had always stood by him.

Ms O'Dwyer told the court that her client was 22 years old and had a four-year-old daughter with a former partner.. His parents had separated when he was young and this had an impact on him.

Mr Barnaville had attended treatment and when competing had managed to keep himself "clean", she said. However, his aftercare had come to an end because the service had been closed.

"As a sober individual he is a good citizen. He can be rehabilitated," she said.

Mr Barnaville told the court he was "disgusted" with himself and he hoped his victims, who were not in court, would accept his apologies.

"I was off the rails. When I am released I will go on the straight-and-narrow. I will go to some place where nobody knows me. I want to get back competing on a high level," he said. "I want to make my family proud.. I have dragged them through hell and back."

Judge Tom Teehan said the level of violence was "quite shocking" and even witnesses with the "most robust sensitivities must have been damaged".

Judge Teehan pointed out that Mr Barnaville's state had been self-induced after he had been in Ennis.

He said the Probation Services had assessed Mr Barnaville as being at "high risk" to re-offend.

He accepted Garda Sheehy's testimony on Mr Barnaville's character while sober but, unfortunately, he could not escape a lengthy sentence.

Judge Teehan jailed Mr Barnaville for five years on each count of robbery and suspended the last four years on condition Mr Barnaville enters a peace bond and remain free of illicit drugs for two years after his release.