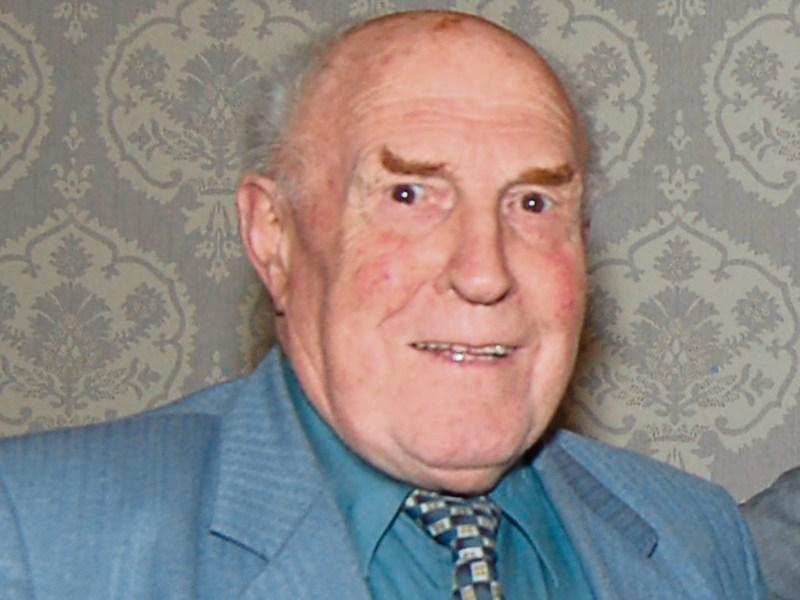 When news filtered through of the death of Alfie McDermott on Monday 27th March there was a sense of great sadness throughout Ardfinnan and the surrounding parishes.

Born in October 1932, Alfie grew up In Ardfinnan where he went to school and from an early age showed a keen interest in sport.

Although there were few school games played in the 1930s and 1940s, Alfie lined out whenever there was a game and was a member of the panel that won the Dr. Naughton Cup in 1945. The final was played before the Senior Football Tipperaryman's Cup Final in Clonmel, where Ardfinnan defeated Fethard. The victorious school team travelled to the game in the back of Dan Bray's lorry.

In 1949 Alfie was one of a number of Ardfinnan players who played in the South Minor Football final for Cahir Slashers against Arravale Rovers, with the match ending in a draw. He also lined out in the replay.

In the 1950s Alfie gained employment in the local Ardfinnan Woollen Mills, which would influence his life, as he worked with people who lived for football. One of these people was Johnny Cummins, who had retired from playing and had taken on the role of managing the Ardfinnan team who had not enjoyed any success since 1939.

By 1954 Alfie had graduated onto the Ardfinnan Senior team who were beaten in the first round of the championship and he also played for the club's junior team under the name St. Finnan's.

Alfie, as captain, led the club to the county junior title in 1954, a championship that concluded in 1955. This was the prelude to future success. When the club won its first South Senior title in 1961 Alfie was wearing the number four jersey and so began a golden era for the club, as the South and County senior titles of 1962,'63 and '64 were won with Alfie an ever-present at corner back. His last appearance in a county final was in 1968 where he played in goal in the defeat to Kilsheelan.

He continued to play for the club until 1971. It is also noteworthy that he played for Tipperary Junior Footballers from 1961-1963. For a brief period in the 1970s Alfie was a senior selector.

Whenever you met Alfie the conversation would inevitably go back in time to his playing career and he always credited Johnny Cummins, his close friend and mentor, with his and Ardfinnan's success during that period.

Mind you, listening to Alfie he would not need any GPA or CPA to fight his corner both on or off the field, and he took great pride when he was referred to as "The King".

During those years Alfie loved his game of cards (which was a great pastime) and he played in a few local games but never missed the Tuesday night game at Christy Murphy's, which often went on until the early hours.

His other big passion was greyhound racing and he would regularly attend the meetings in Clonmel with some of his playing colleagues and other regulars.

He was also a keen horse racing follower and always travelled to meetings with his former opponent on the GAA field but lifelong friend Theo English. It is fair to say Alfie and Theo went to every venue in the country and enjoyed their regular visits to the racecourses.

In the early 80s Alfie went to live in Dublin, where he formed a lifelong friendship with May Brown living out in Dundrum. While living there he was a regular at dances in Barry's Hotel, where everyone knew him.

During that time Alfie would make regular trips to Ardfinnan and always called to his next door neighbours and close friends the O'Dwyer Family.

His next port of call was Luke and Nonie Hally and his last call would be to Tommy and Ina Myles, the local butcher where he would also get his meat supply. He would also travel down home for club socials.

He returned to live in Ardfinnan around 2007 and would be seen regularly out walking with his friend  Alfie Browne. When you encountered these lads on their walk they would be only too willing to take a break and chat . Every Saturday night Alfie attended Mass in Ardfinnan.

Alfie became the first former player to repose at the Ardfinnan GAA Club room in the village, which in itself was a fitting tribute to an Ardfinnan football legend whose memory will live on.