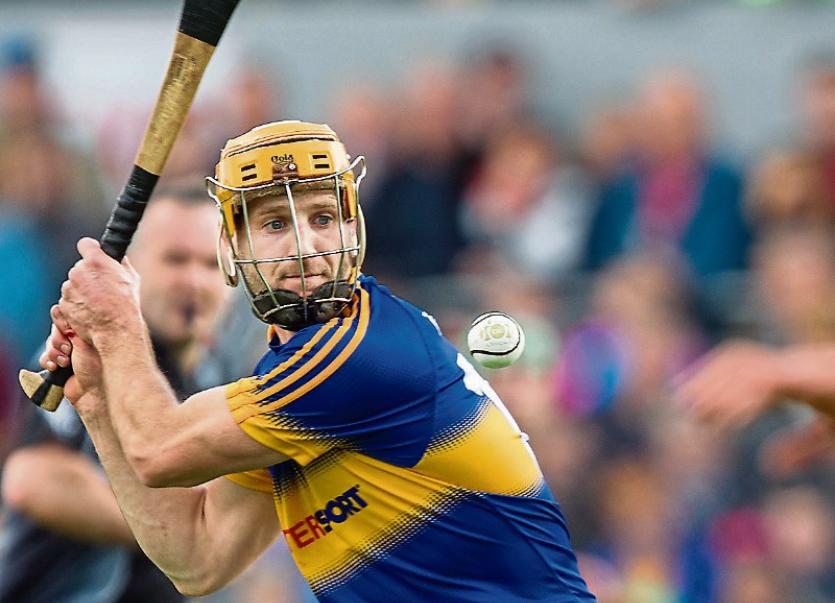 The 31-year-old Killenaule clubman trained with the footballers for the first time in Thurles last night (Thursday).

His addition is a major coup for manager Liam Kearns, who could do with cover in the half-back line with Kevin Fahey ruled out of a potential Munster SFC semi-final with Cork on June 10.

Bergin, a 2016 All-Ireland SHC medallist, was previously involved with the football set-up for a brief spell in 2013, before good form with Dublin IT in the Fitzgibbon Cup brought him to the attention of then hurling manager Eamon O’Shea.

He made his championship debut against Limerick in the same year and in 2014, he was nominated for a hurling All-Star as a half-back.

Bergin claimed his first Munster senior hurling medal in 2015, starting in the victory over Waterford, before adding another provincial title last year, appearing as a sub in the comprehensive victory over the Déise in Limerick.

A scientific development manager with Agilent Technologies, Bergin had hoped to nail down a permanent place on the senior hurling team in 2017.

He did start in the early-season League victories over Dublin and Waterford in February, while also appearing as a sub in the classic draw against Kilkenny, but Bergin played no part in the knock-out phase of the League campaign.

His last appearance for the hurlers came against Cork in March, when he lined out in a Páirc Uí Rinn reverse, but now he’s in line for a senior football championship debut in the forthcoming campaign.

Work commitments were cited as a reason for Bergin’s departure from the hurlers, but it’s understood that he was more frustrated with a lack of playing time, and informed manager Michael Ryan of his decision to leave on Tuesday, April 25.

The Tipperary footballers are awaiting next month’s provincial semi-final opponents, with Cork and Waterford clashing at the quarter-final stage on May 27 at Fraher Field, Dungarvan.

And Bergin’s switch is a significant boost for Kearns, who also swooped for former All-Ireland minor dual winner Bill Maher when he was let go by the hurlers last year.

Kearns had Bergin watched on club duty last weekend, and he impressed in a 3-17 to 2-12 victory over Kilsheelan-Kilcash in the county senior football championship.

Bergin scored 1-1 in that game, including a late goal to make the game safe for the Robins.

He's now accepted an invitation from Kearns to come on board, and his presence will add further depth to the Tipp panel with the championship opener looming.