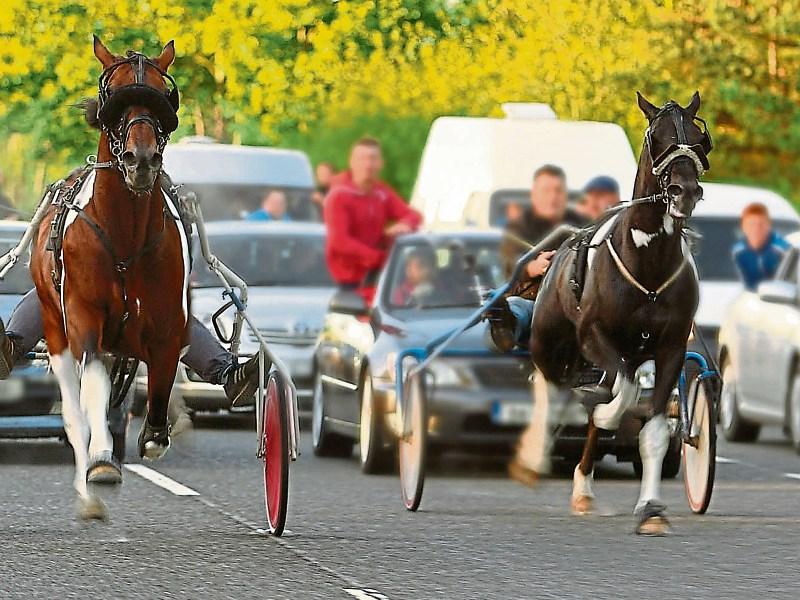 Sulky racing on a public roadway

Having an outright ban on sulky racing in County Tipperary has been called for on a number of occasions by councillors who have described the activity as 'barbaric.'

However, it has emerged that a similar ban imposed in County Kilkenny has been challenged legally and is currently going through the courts with the result that it may be illegal to actually ban the activity.

Councillor David Doran (SF) who has been one of the most vocal members of the council on this matter, again raised it at the May meeting of the local authority and referred to a much publicised story of a pony being raced almost to the point of death in Cashel.

He described the episode as 'sickening and an affront on human decency' before going on to pay tribute to those members of the public who intervened, came to the aid of the animal and refused to allow the driver of the sulky to take the pony back.

Cllr Doran again called for the banning of sulky racing, but Cllr Martin Browne felt that it would be better to try and work with those engaged in the activity rather than banning it outright. More progress could be made through dialogue, he said.

Cllr John Hogan pointed out that the Gardai have requested that the council not ban sulky racing as it would be ineffective and he added that the legal challenge in Kilkenny would have implications for every other county as well.

Cllr John Carroll said that he believed a formula could be found and he called for further engagement with all parties to try and come with an appropriate solution.

Tipp TD calls for electronic tagging of people on bail

Search is on for a new Miss Tipperary!