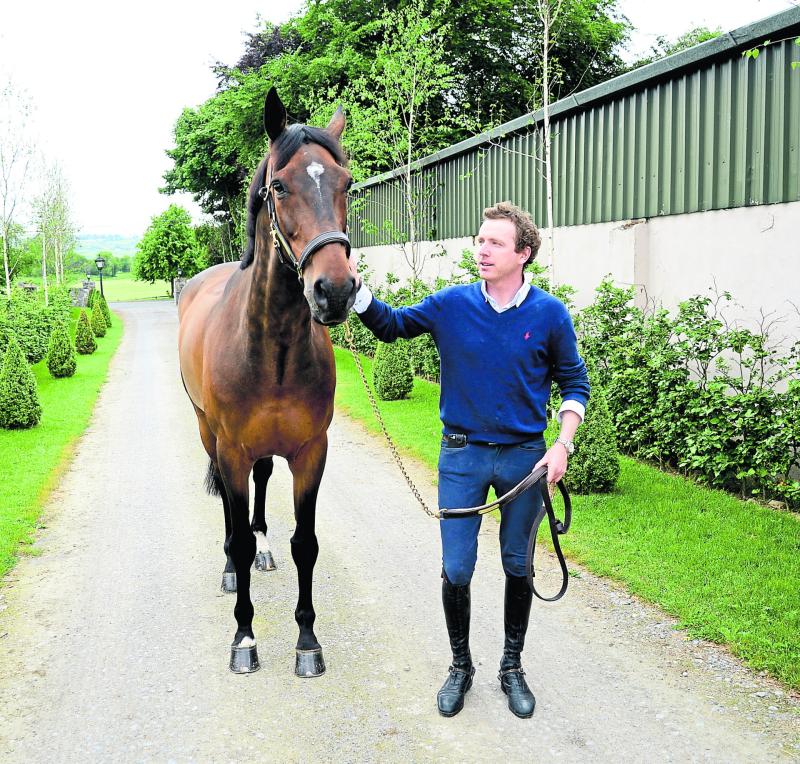 Greg Broderick at his Ballypatrick Stables which is expanding following the acquisition of Fortwilliam House and its 217 acres.

Irish Olympic star Greg Broderick has invested €2.2m in the purchase of 217 acres and a listed period home close to his expanding Ballypatrick Stables operation.

Irish Olympic show jumper Greg Broderick has been confirmed as the purchaser of the iconic Fortwilliam House and the 217 acres of land for €2.2 million with plans for the expansion of the Ballypatrick Stables well underway.

The sale of the property was conducted by local auctioneer Thomas V Ryan, and we understand that the Brodericks were the sole bidders for the property in one lot - the auction went on for some four hours. There were a number of bidders, including locals, for the property which was for sale in four different lots also and which generated huge interest.

The land and house is situated just two miles from Ballypatrick Stables, at The Ragg, Thurles and is absolutely ideal for the ever expanding enterprise at the stables - just recently a planning application was lodged for additional stables and extension to the equestrian centre. It was one of the most sought after landbanks to come to market in recent times  and generated a lot of interest at Garrane and Liss, Borrisoleigh, the former property of the late Elizabeth Cooke.

The auction held at The Anner Hotel was in keeping with the resurgence in land sales and purchases in recent times, but none came close to the scale of this holding which features top class agricultural land; a half mile of road frontage on to the Pallas Road; secondary access just off the R498 (Thurles - Nenagh road); Fortwilliam House, which is an extensive two storey residence (pictured above), a protected structure with numerous period features and walled garden; and a selection of out buildings.

Austin Broderick told The Tipperary Star, "We are delighted to have been successful in purchasing the land. It is ideally located for us and we have gotten a great reaction from locals who are delighted that it has been bought by neighbours. We have a lot of work to do to get the land right for us now, but it is very exciting and we are looking forward to it," said Austin who is recovering from an accident at the stables recently which resulted in him having major reconstructive surgery on an already replaced hip and femur.

Greg is continuing with his remarkable run of success and is also building a very successful breeding operation in conjunction with his sister Cheryl.