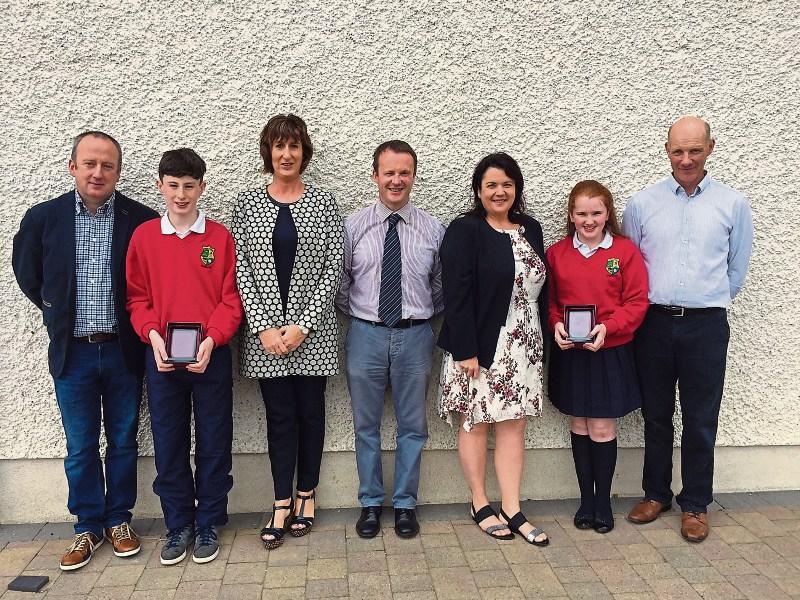 They were each given a special piece of engraved crystal for never having missed a day of primary school during their eight years at Dualla National, Cashel.

They were continuing a fine family tradition as Sinéad's sister Nicole and Darragh's sisters Leah and Ava had also been ever present during their eight years in the school.

An amazing achievement indeed for both the children and their families.