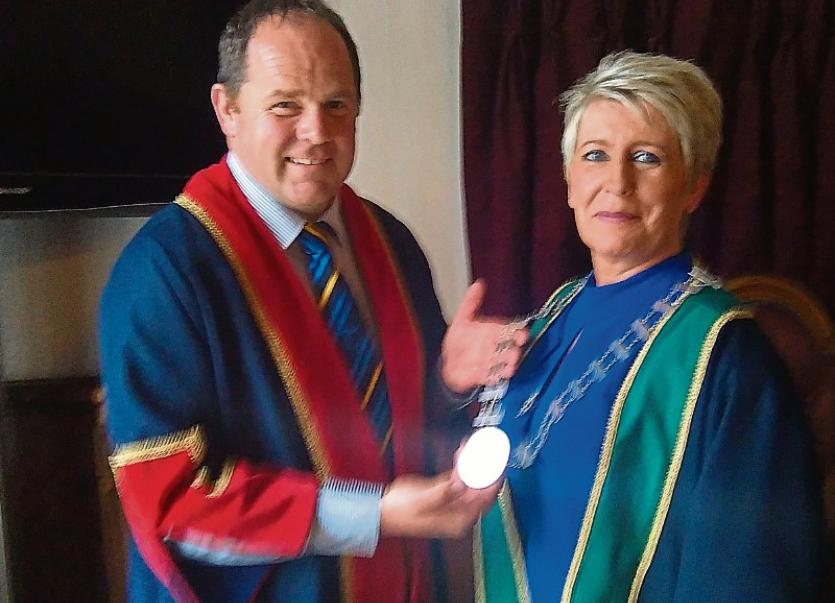 She said after her election that this was something she could only have dreamed of. She is serving her first term as a councillor.

In a vote for the office, she defeated the only other candidate, Fianna Fail's Michael Anglim by five votes to four.

Cllr Carey's election was assured as part of the pact between herself, Pat English of the Workers and Unemployed Action Group and Independents Martin Lonergan, Richie Molloy and outgoing mayor Andy Moloney.

They will share the role between them over the five years of the council with Cllr Molloy, who was elected Deputy Mayor with the same voting pattern, taking over in twelve months time.

Wishing the new Sinn Fein mayor well in her role, Cllr Anglim said he didn't have much in common with her politics "but we will work away".

Mayor Carey said it was a very proud day for her and her family.

She said she looks forward to the challenges that the mayoralty brings and will attend to the business in a dignified and inclusive manner that others have done before her.

She mentioned the strength and courage that her father had brought to her.

Mayor Carey has worked with the mental health services in Tipperary for many years. She was very involved in the battle to retain St Michael's Psychiatric Unit in Clonmel and is now working at St. Patrick's rehabiliation centre in Cashel.

Tributes were paid to outgoing Mayor Andy Moloney for the role he played in securing a replacement industry for pharmaceutical industry Suir Pharma in Clonmel during his year in office.