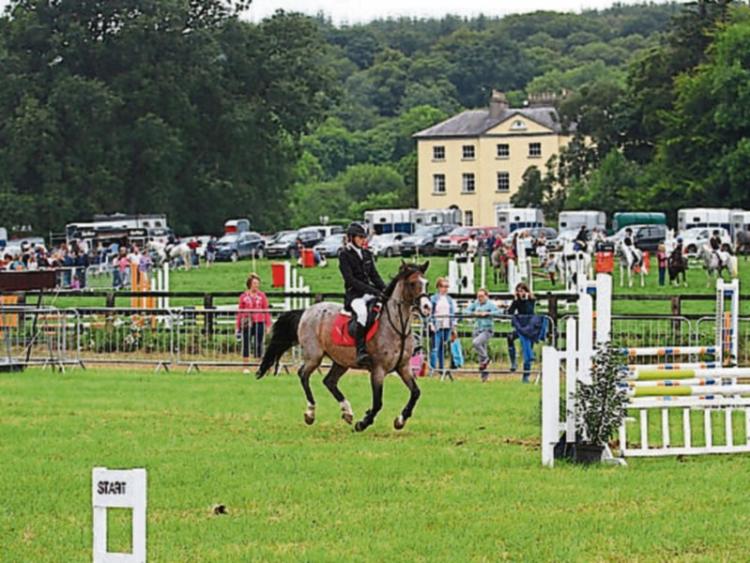 The Dualla Show 2017 was another great success with a huge crowd again making their way to Ballyowen House in search of family fun.

The sun shone and a great day was had from the huge range of events on offer.

In the end, Albert de Cogan from Castlemartyr, Co. Cork took home the Supreme Championship with his impressive 2-year old Angus stock bull. Donal Moloney from Ardnacrusha, Co. Clare was second with his Limousin Commercial. In the sheep contest, John Mulcahy from Clerihan deservedly took away the Interbreed Supreme Champion.

Francis Connors came out on top with Cavalier Royale Clover in the 360Equine.ie Precision Joint Solution 1.20m event. Second was Liam O'Meara on ‘Kannon Clover’, while third was Francis Connors on ‘Tara M’; Abigal Guiry was 4th on Miss Daisy Popper; Victoria Burns was 5th on Tullineaskey HiHo, and Jack Ryan was 6th on Prince of Alton.

The Truck Show had over 400 trucks from Ireland and the UK. Big winner on the day was Gavin Crilly Livestock from Co. Louth who won four categories on the day including Best Truck.

The Tractor Pulling was back this year with the fifth round of the ITPC championship. The Modified Class was won by John Leavy from Co. Longford with Pure Mule.

The Volkswagen car show had a wonderful display of high quality modified cars on display. John McCarthy took home the crystal for Car of the Show with his beautifully reconditioned Mk 1 Caddy Pickup.

The Dog show had a record number of entrants on the day across 11 classes. In the end Judges John Smullen, Donie and Cillian Slattery handed Dog of the Show to Ray O'Connor with "Luca", a Mastiff dog he rescued from a shelter in Dublin.

Chef Adrian drew the crowds to his marquee where he showcased his fun approach to making healthy food such as making an omelette in 60 seconds flat.

Of course the big attraction on the day was the free Circus Gerbola. Long queues of expectant children and adults alike waited to see four great shows throughout the day with acrobatics, clowns, pony-riding dogs and goats.

Chairman Michael D'Arcy wishes to thank everyone inside and outside the community for the massive voluntary effort involved to make an event of this size a success.

Cashel Brass Band opened the show with their usual aplomb. Later in the afternoon local band "Never Heard of 'Em" entertained the crowds with a wide selection of songs to suit the relaxed atmosphere of the show.