Clonmel couple in emotional appeal for help for seriously-ill son 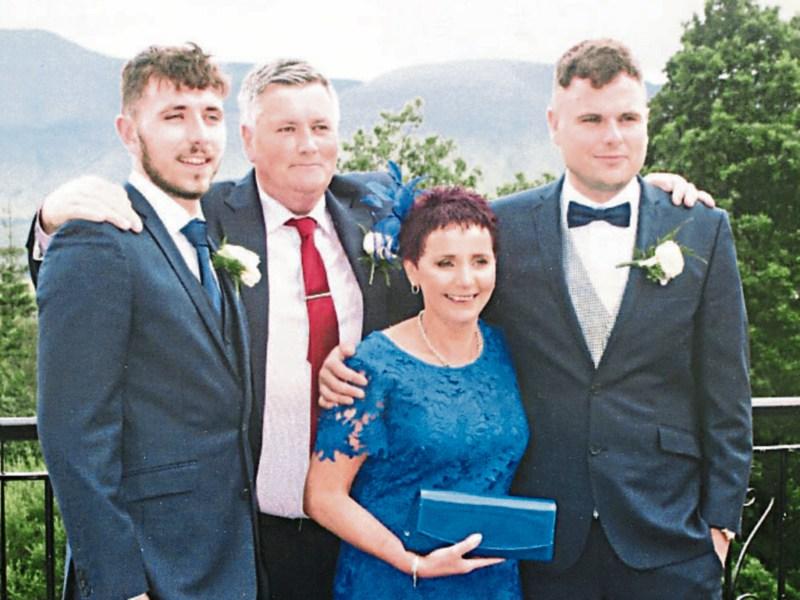 Above - The Hickey family from Old Bridge, Clonmel, need to raise €170,000 for surgery in Los Angeles to remove a cyst from 24 year-old Evan Hickey's brain. Evan is pictured on the left with his father Joe, mother Honra and brother Andrew.

A Clonmel couple has made an emotional appeal for support for a fundraising campaign to help them give their seriously ill son his life back and end the family's nightmare.

24 year-old Evan Hickey from Roaring Springs, Old Bridge, needs to raise €170,000 for surgery in Los Angeles to remove a cyst from his brain.

"Evan cries with the pain, he has no quality of life", say his parents Honra and Joe Hickey.

"It's heartbreaking to see him curled up on the couch in pain with his hands over his head.

Evan Hickey has constant headaches and because the cyst is at the back of his optic nerve he suffers from dizziness, and his sleep patterns have been greatly affected.

He also suffers from numbness in his left arm and left leg.

He became unwell almost a year ago in Vancouver on Canada's west coast, where he had moved for a year with a group of friends. Because of the seriousness of his condition he returned home last February.

The surgery will be performed by renowned brain surgeon Dr. Hrayr Shahinian at the Skull Base Institute in Los Angeles, where the two and-a-half hour operation has a 92% success rate and has fewer risks than if it was carried out in Ireland or anywhere in Europe.

"We're trying to get him to Los Angeles before the symptoms become so severe that Evan is unable to fly", says Joe Hickey.

Despite Evan's illness and the stress the family is under, the Hickeys still have great hope for the future.

"Despite the seriousness of the condition there is treatment available for Evan and we're very grateful for the fact that he can have an operation", his father says.

"Also, people have been amazing in the support they're giving us, we cannot thank them enough".

Honra says that as well as the GoFundMecampaign that's running online, envelopes with money, cheques and Mass bouquets are sent to the house every day, while several fundraisers have been organised.

Read more in tomorrow's print edition of The Nationalist