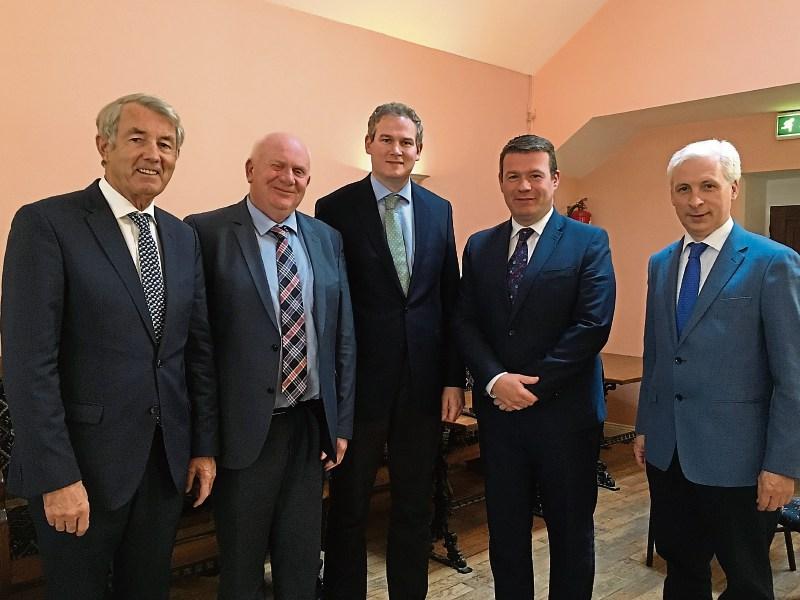 Tipperary TD Alan Kelly brought a delegation from the Department of Natural Resources, led by Minister of State Sean Kyne, to Silvermines this Monday to deal with the multiple issues resulting from the contamination left over from the mine works in the area.

“I invited Minister Kyne to come to the Silvermines to see for himself the legacy issues that the residents in the Silvermines have been dealing with,” said Deputy Kelly

The Junior Minister visited the old mining areas and the rehabilitated works prior to the meeting.

The Labour Party TD said that Deputy Kyne met local residents for a considerable period of time and followed that up with a detailed discussion with local council officials.

He also got a briefing on the Silvermines Hydro Electric Project.

“I was delighted with the time Minister Kyne gave for these meetings, He certainly left with full knowledge of the effects the legacy of the mining industry has had on local people and how they need to be addresse,” said Deputy Kelly.

He believed that, as a result of these meetings, the bringing of lands into public ownership was certainly an option that had to be looked at.

“I have said this repeatedly and raised it on numerous occasions in Dáil Éireann. We also need to ensure that those farmers who have suffered locally due to legacy mining are compensated and a plan is put in place to help them into the future,” he said.

Deputy kelly said that he will be following this up with Minister Kyne in the coming weeks and with his officials.