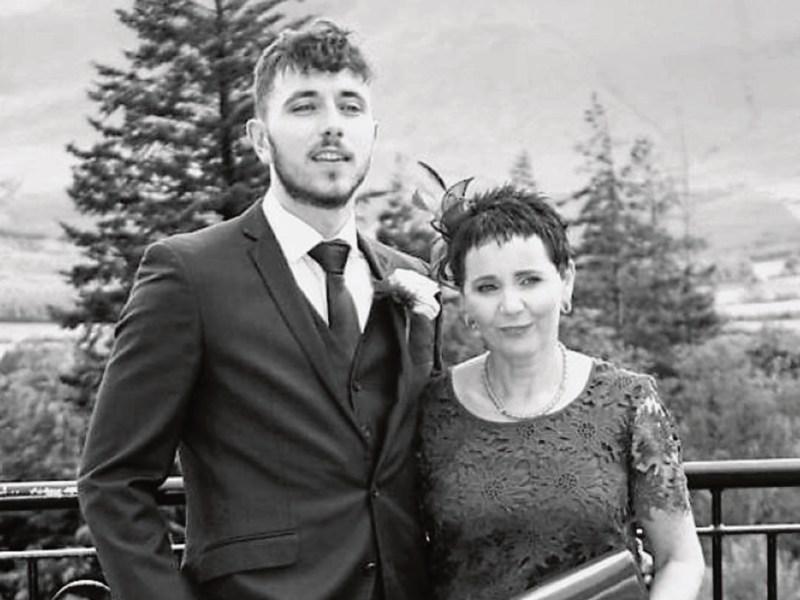 €170,000 has been raised to enable Clonmel man Evan Hickey, seen here with his mother Honra, to undergo life-saving surgery in Los Angeles.

The life-saving surgery that a young Clonmel man needs to remove a cyst from his brain has moved a significant step closer.

€170,000 required by Evan Hickey to fund the surgery at the Skull Base Institute in Los Angeles has been raised in just two months, thanks to an incredible show of support from across the community for the 24 year-old from Roaring Springs, Old Bridge.

A date for the two and-a-half hour operation to be carried by Dr. Hrayr Shahinian is expected to be confirmed in about a month's time, and it's hoped that the surgery will be performed before Christmas.

"The generosity and kindness of everyone who has donated, sent get well cards and Mass bouquets, set up fundraisers and just had the time to listen has overwhelmed our family.

"Evan has become everybody's son and we're just so grateful for all that support, which has given him a great lift and is carrying him forward".

Evan became unwell almost a year ago in Vancouver, on Canada's west coast, where he had moved for a year with a group of friends. Because of the seriousness of his condition he returned home last February.

The surgery in Los Angeles has a 92% success rate and has fewer risks than if it was carried out in Ireland or anywhere in Europe.

Evan has constant headaches, which cause him excruciating pain, and because the cyst is pressing on his optic nerve he has no upward movement in his left eye.

He also suffers from dizziness, his sleep patterns have been greatly affected and he suffers from numbness in his left arm and left leg.

"As Evan says, he has bad days and worse days", says his father.

Joe says that he and his wife Honra and their other son Andrew, and his wife Annabel, have been on "an emotional rollercoaster" since Evan became ill.

Joe and Honra say that Evan's health is being continuously monitored and he remains stable. They say that he is both excited and fearful in the knowledge that he will receive the date for his surgery very soon.

"Most people are aware that donations made from now will go towards travel expenses, accommodation and living costs during our stay in Los Angeles", say Joe and Honra.

"More importantly, Evan will require costly aftercare, both after surgery and when he returns to Ireland, and follow-on treatments, which could last for between six months to a year.

"As a family we can only thank you for your ongoing support and the way you have taken Evan into your care.

"We can assure you that any surplus donations will remain in Evan's medical fund account and when he receives the all-clear these will be paid forward to a person or charity that may require similar support.

"We have heard so many comments on how organised we are and this is only because of the committed support of all family members.

"We also took advice from a local businessman regarding funding and transparency and have a chartered accountant working with us in an advisory capacity.

"We need to remain organised and to be fair to all concerned, especially those of you who are donating.

"Thanks again to everyone involved in giving Evan this wonderful opportunity to reclaim his life".