"We will treasure you in our hearts and memories forever.” 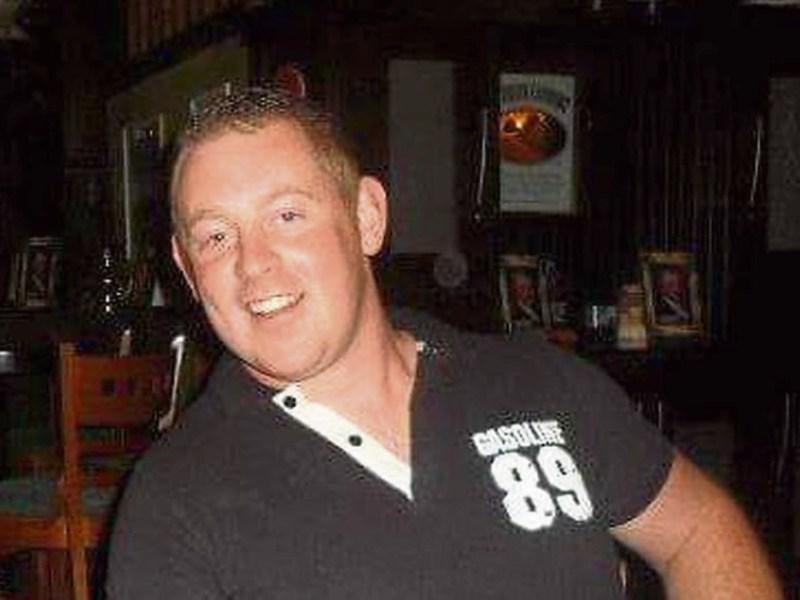 Michael Pyke, the young man from Ardfinnan who tragically lost his life during Storm Ophelia, was laid to rest beside his mother Moira today (Thursday).

His mammy’s ‘white haired boy’ Michael was the youngest of 11 siblings who’s love for their little brother was evident as they bid him a final farewell, several years after their mother passed away.

Michael’s coffin was borne to the altar of Ardfinnan Church by his heartbroken sisters, and earlier had been lead to the church by a group of his friends on motorcycles.

The shock from the “terrible bolt of grief” that had struck the family was clear as they supported each other on a terribly sad day and spoke warmly about the young man that will “never be forgotten.”

Linda, Michael’s sister, spoke to the congregation about her brother: “You were a fantastic son, brother, uncle and friend to have, with a heart of gold. You were always there for anyone who needed a helping hand.

“We were all so proud of you and felt privileged to call you our brother.”

Michael’s loving girlfriend Nollaig is “devastated beyond belief to have lost the man she loved so much,” Linda said.

“Michael you will always be loved. You will be missed and we will treasure you in our hearts and memories forever.”

Michael’s niece Sophie also paid tribute to her wonderful uncle. She thanked him for  “keeping grandad company and helping him as much as you could all these years” and for helping her own father with his car and electrical tasks.

“Thank you for making so many people in your world happy with your bubbly personality and your friendly smile.

“Most of all I am thankful for you just being you. It was an honour to know you, a privilege to have you as my uncle. Each and every one of us have only happy memories with you that we will cherish forever.

“You will never, never be forgotten.”

Even amid their own heartache the Pyke family remembered the other families who lost loved ones during storm Ophelia last Monday – Claire O’Neill in Aglish, Waterford, and Fintan Goss in Dundalk.

Michael’s sister Sarah prayed for them in the Prayers of the Faithful, and thanked the local community, gardai, and emergency services for all they had done for her family in recent days.

Despite the torrential rain of the morning, Ardfinnan parish church was packed with family, friends and people from across the community for the concelebrated mass. Fr Bobby Power lead the congregation with Fr Matt Knight from Rockwell College, Fr Declan Moy from Limerick Institute of Technology and parish priest Fr Pat Butler.Michael was an apprentice electrician who was studying at LIT. The college was represented at the funeral by it’s President Professor Vincent Cunnane, staff and students.

Fr Bobby Power said that  Michael’s death happened so suddenly it  has left everyone in shock and words failed as they tried to comfort his loving family.

“You have lost in Michael a good man,  a quiet man, a gentle soul, a loving, caring friend one who gave always to others, and he did so with love and care.

Fr Power described Michael as his mother Moira’s “white haired boy, he could do no wrong. Today Michael will meet his loving mother again. No doubt they will watch over you all from their place in heaven.”