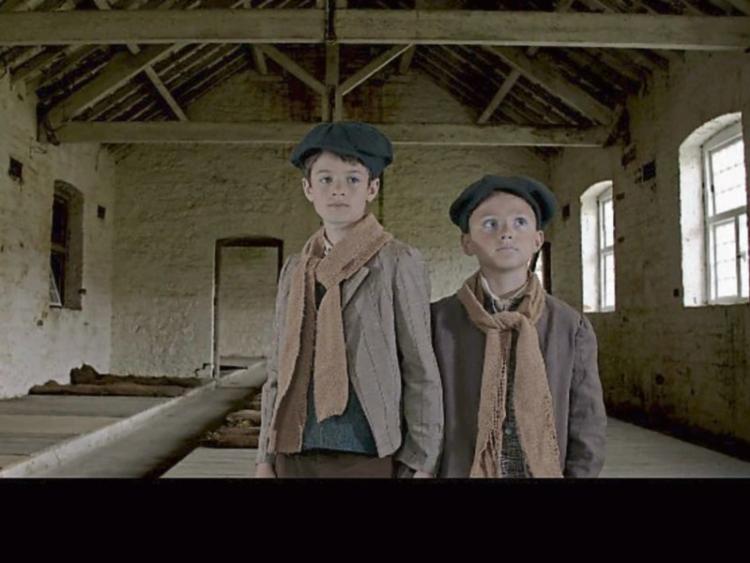 The story of one Clonmel family that was affected by hunger and poverty in the Ireland of the 1840s forms the heart of a new famine memorial experience.

Young brothers John and Patrick Saul left Clonmel in the 1840s thinking they were about to start a new life in Australia. But they only got as far as Dublin. Their parents Mary and Andrew Saul, who was a butcher in Clonmel, boarded a ship for Australia but sent the boys back home to Tipperary.

On their long walk home John and Patrick sought food and a place to rest at Kilkenny Union Workhouse. To watch a video of their story click here.

Although sad, the story of the Saul brothers also has hope and so they have been chosen to symbolise a new memorial and tour of the former workhouse - now the core of MacDonagh Junction shopping centre in Kilkenny.

John and Patrick are the ‘models’ for a sculpture by local artist Ani Mollereau which was unveiled last week as part of a memorial to all those who lived and died in the workhouse.

This heartbreaking Saul family story is just one of the tales taken from the minute books of Kilkenny Union Workhouse and woven into a stark but informative multimedia experience that brings people back in time to when walking all the way to Dublin was nothing compared to the desperate circumstances people were trying to escape.

The tour is free and self guided. An audio guide takes people around to nine points of interest in the old workhouse building and explains just what happened there during the famine.

When builders broke ground on the new shopping centre, more than ten years ago, they were stunned to discover a mass grave of famine victims, in what would have been the workhouse grounds. The remains of 970 men, women and children are the biggest famine grave ever found in Ireland. Most are unidentified but all were buried with care, in a coffin, despite stories that during the famine bodies were just thrown into pits. Those who ran the workhouse tried to treat all the inmates with dignity, despite the desperate times.

The new tour tells the stories of some of those inmates, including the Saul brothers. It describes life in a workhouse during the famine and what became of the workhouse in the years after that. Hear the heartbreaking and poignant human stories recorded in local newspaper articles and minute books from the Board of Guardians, a true reflection of the Kilkenny Famine Experience from the perspective of the Workhouse inmates and staff.

Last week crowds gathered for the launch of the memorial famine experience, including the Ambassadors from Australia and the UK. They were joined by an Australian lady, Kerry Tupper, whose great great grandmother Mary Theresa Slattery was another beacon of hope from the Kilkenny Union Workhouse - she was an orphan who emigrated to Australia at the height of the famine aged only 17. There she married and had a family of her own, living on into her 60s.

To learn more about the Saul brothers and what became of them you can take the tour seven days a week, opening times are detailed on the tour website. Booking online is recommended to ensure one of the special, hand-held tour devices is available.

See kilkennyfamineexperience.com for more details and to book.