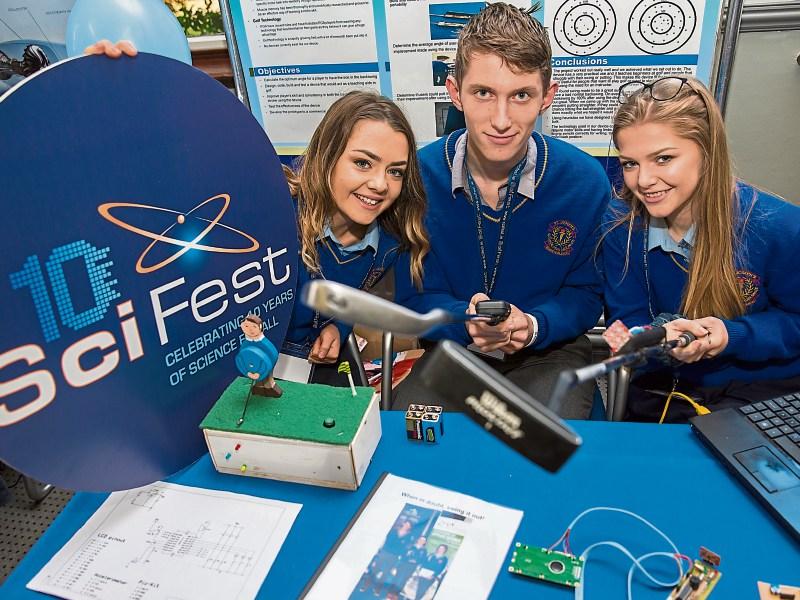 Christine Delaney, Seamus Ryan and Kate Madden with the project that won them the national Excellence in STEM award at the tenth anniversary SciFest in Dublin.

The students won the national awards for their projects to help beginner golfers improve their skills, and to make windfarms more energy productive.

The final, held in the Marino Conference Centre in Dublin, was also attended by Richard Bruton Minister for Education and Skills.

When In Doubt, Swing it Out, is a project that uses organic motion sensors, tilt switches and a buzzer as part of a new technology to allow beginner golfers to practise and reproduce the optimum backswing by developing muscle memory. 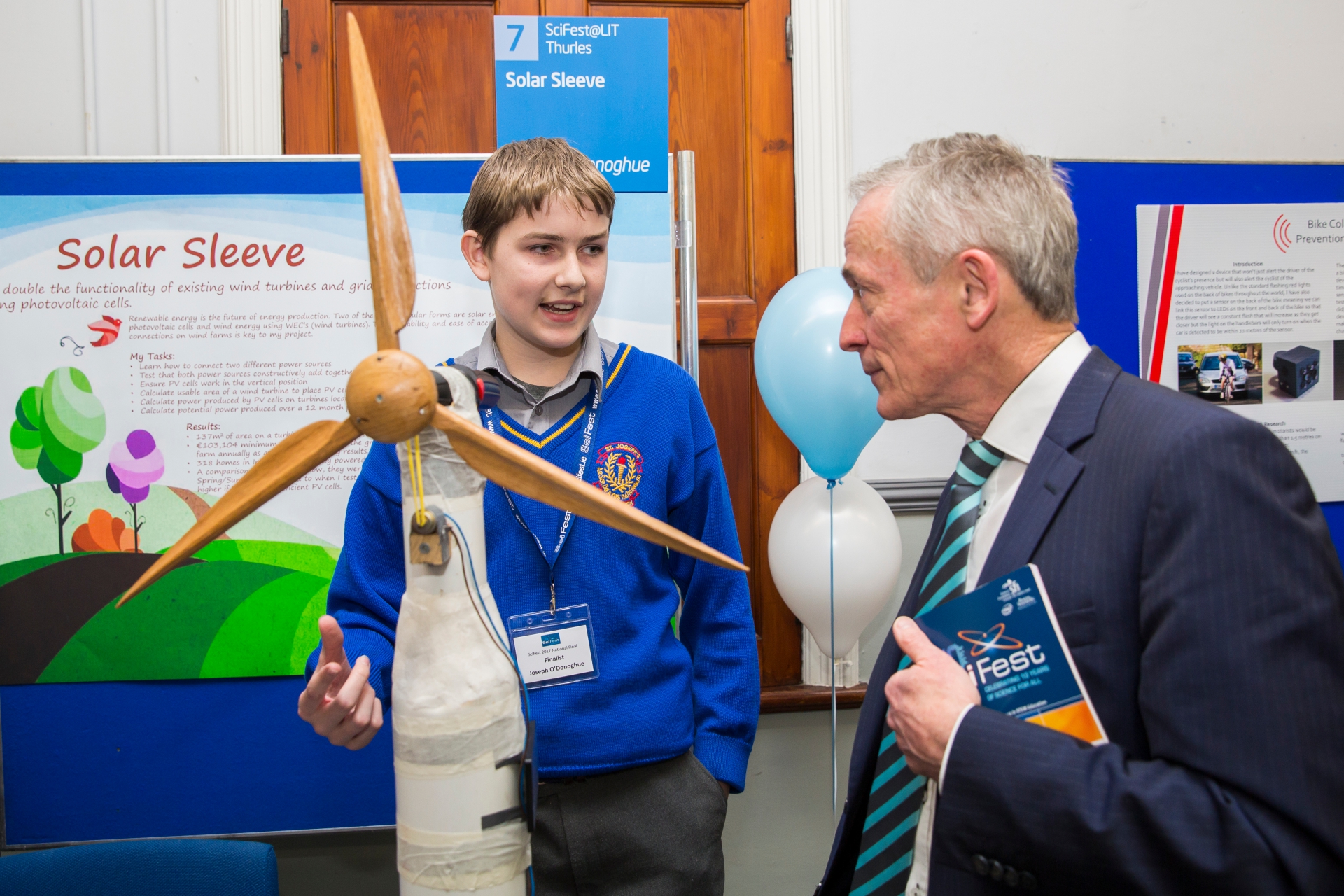 Above- Joseph O’Donoghue explains the project that won him a national award at SciFest to Education Minister Richard Bruton.

Solar Sleeve is a project that aims to make windfarms more energy-productive by adding photovoltaic cells, or solar panels, to the towers of wind turbines.

Tests show that this would increase the amount of energy produced, with enough for one turbine to power an additional 318 homes a year.

Dr. Ruth Freeman, Director of Strategy and Communications at Science Foundation Ireland, presented Christine, Seamus, Kate and Joseph with their prizes – The Excellence in STEM Award.

The students secured their place at the national final after their success at the SciFest regional final in LIT Thurles.