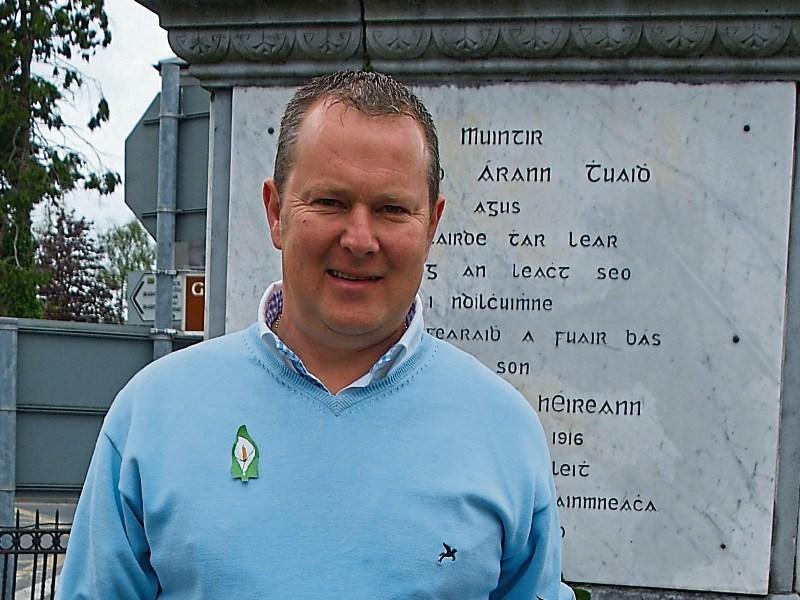 In one of his first moves since joining the Independent ranks, Cllr Seamus Morris has made an updated submission to Tipperary County Council on the proposed National Planning Framework.

The proposed plan is due to be finalised in December and in its current form would see Nenagh classified as a rural area and being starved of investment.

In his submission, Cllr Morris concentrates on developing Foynes port, all-weather GAA pitches, protecting Lough Derg from the plan to siphon off 300 milion litres a day to service the Greater Dublin Region, as well as protecting the rural post office network

“Social economic and demographic development has been over concentrated in the Dublin Region for decades with the Dublin region now accounting for 49 per cent of the Irish economy. The last National Planning framework failed in its objective of reversing this trend,” he says in his submission. Cllr Morris, a postman, says that rural Ireland is under increasing threat due to depopulation.

“In order to protect rural postal services there should be real movement in providing adequate state subvention to An Post to continue with their universal social obligation to provide daily postal services,” he says.

He also suggests breaking up the power of the pillar banking system, and creating a new community banking system using either the An Post or the credit union network.

Cllr Morris says he recognises the vital role that the city of Limerick has in the counterbalance to the overgrowth of the Dublin Region, and urges increased State investment in transport, broadband, water services, health and education infrastructure in the Mid-West.

Foynes / Shannon port could be one of the assets used to drive regional growth as it could unlock huge economic benefits for the region.

Despite it bordering Limerick, Clare and Kerry, Cllr Morris says its economic impact extends far beyond this area and that includes Tipperary.

“I also recognise that Lough Derg and the Shannon are massively important for the future economic viability of the Mid-West. Under no circumstances should any major infrastructural projects like Irish Water's proposal to extract 300 million litres of water a day from Parteen for the purposes of treatment and transfer to the Eastern and Midlands region be considered as it will only reinforce the unbalanced regional development of the country,” he says.

It also has the has the potential to destroy huge amounts of agricultural land, he says.

In relation to Nenagh, Cllr Morris says the town can support new business clusters within the region and support economic development in own own right.

“Nenagh can provide the perfect work life destination for workers and their families,” he says.

Cllr Morris supports the GAA submission, particularly in the provision of full length all-weather pitches. The recently purchased Nenagh Eire Og land could be the county site for the all-weather pitch due to its closeness to the motorway, its central location and its shovel ready state. There is also the possibility of €50,000 start-up funding which is in place in Tipperary County Council for a pitch in Nenagh.