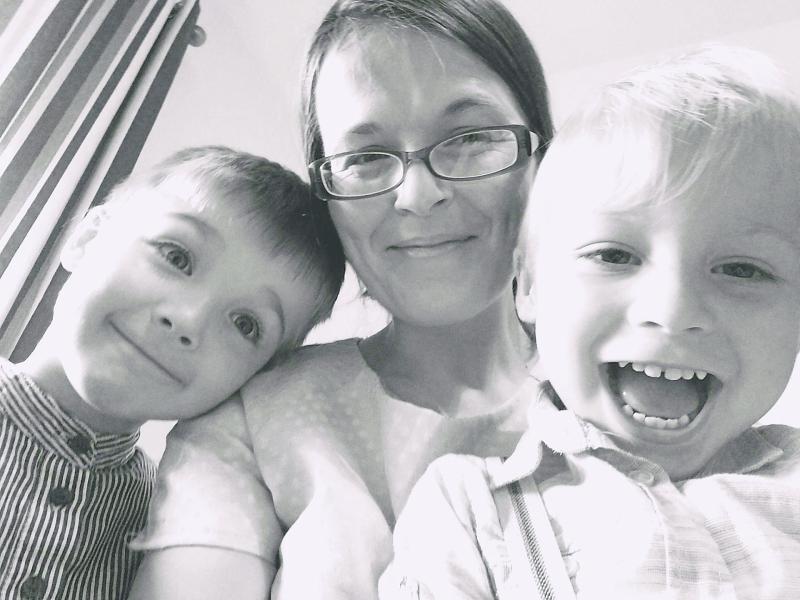 Catriona Davies, pictured with two of her four children, is hoping to raise €100,000 for cancer treatment abroad

A Tipperary family whose mother is battling cancer are hoping to raise €100,000 for treatment at a specialist clinic overseas.
Catriona Davies from Nenagh was diagnosed with a fast growing tumour on her kidney earlier this summer and has set about trying to raise €100,000 to pay for life saving treatment which is currently not available in Ireland.

To date the young mum and her family have raised almost €13,000 through the fundraising page “Please help my mammy fight cancer.”

“It’s been a hectic few months and a lot to take in. I’ve watched two close family members go through cancer and I’m determined to fight as best I can,” she says.

However compounding Catriona’s health concerns is a previous condition of osteoporosis which arose during her last pregnancy with her youngest child earlier this year. During pregnancy, Catriona was diagnosed with a pulmonary embolism and given medication to manage the condition. However she suffered a severe allergic reaction to the drug which lead to a highly aggressive form of osteoporosis taking over her body.

“My bones began to crumble and I had constant searing pain in my spine,” explains the 37 year old who by the time her osteoporosis was diagnosed had eight fractures in her spine and had lost 3cm in height.

“I was sent home from hospital on crutches and told it was just post-partum pain but I couldn’t even pick up my own baby, she was too heavy and each time I moved I could feel my bones practically breaking.”

However just as the new mum began to come to terms with the lifelong condition, Catriona and her husband were dealt another blow after a large aggressive tumour was discovered on her kidney.

“I was losing weight and fatigued all the time. The tumour was originally spotted in February but was misdiagnosed as a cyst,” explains the mum of four who says the tumour had more than doubled in size by July to 7cm when she finally received her diagnosis.

“I was misdiagnosed twice so I’m now trying to take control of my health.”

While researching her treatment options Catriona contacted a specialist cancer clinic in Germany who accepted her case and she began treatment. However upon review of her condition, her doctors told her the devastating news that the treatment was not having the desired effect and referred her to a further clinic in Cyprus.

“The doctors have been quite positive so far about how I’m progressing at the latest centre,” she explains. “It’s been a year from hell but I’m determined to keep looking forward.”

To date donations from around the world have come flooding in for the young family and Catriona says she and her husband Jonathan are forever grateful to all who have helped their campaign.

“I know I might not raise the funds but I need to try. I want to be around to see my kids grow up,” she says.

To donate visit www.gofundme.com/help-my-mammy-get-well or 'Help Save my Mammy' on Facebook.