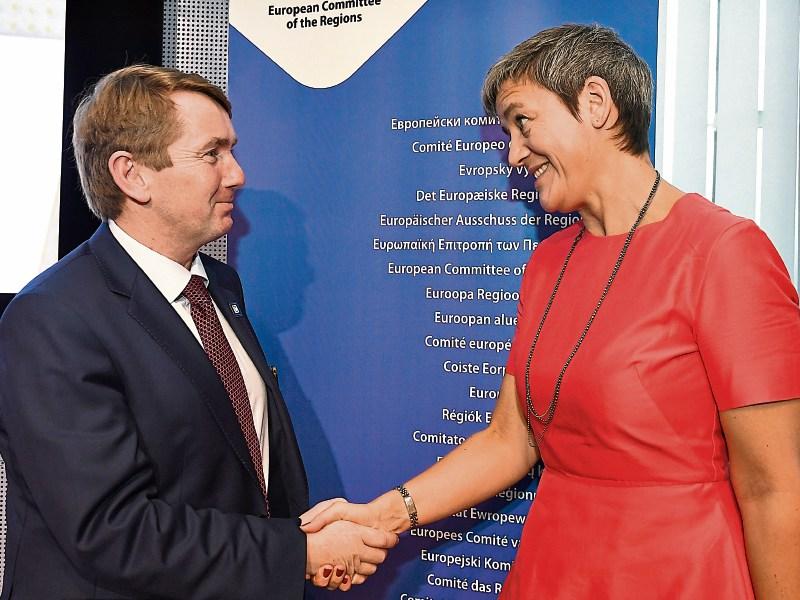 A balanced approach in the enforcement of competition rules is needed if local authorities and regions are to respond to local challenges, a Tipperary councillor has told the EU.

Cllr Michael Murphy was speaking at the EU Commission of the Regions, where he delivered his own recommendations on competition policy in what is termed in EU-speak as an Opinion.

Cllr Murphy, who is seeking the Fine Gael nomination in the next general election, is head of the Irish delegation to the CoR.

Cllr Murphy said that any balanced approach must take into account differences in the geographical location as well as social and cultural situation was needed,

"We need further simplification in the application of State aid rules for Services of General Economic Interest so that local and regional authorities, as services providers, can respond to local economic challenges, particularly for peripheral regions where the market may not always be a viable route for providing services and to help vulnerable citizens, struggling small companies and savers,” he told Competitions Commissioner Margrethe Vestager.

Cllr Murphy also raised a number of issues with the Commissioner, including fair competition and price transparency in the food supply chain in order to protect European farmers.

He also raised greater flexibility in the application of State aid rules to help businesses navigate the challenges of Brexit and the tracker mortgage scandal.

Following the delivery, Cllr Murphy said he was delighted that his Opinion on EU Competition Policy had been adopted by the CoR.

Following its adoption, Cmmr Vestager said: "We agree with the CoR that when public spending doesn't affect competition at a European scale, then there is no need for the European Commission to be involved.”

“We need to make sure that citizens and entrepreneurs who have bright ideas are not kept out of the market by companies who receive state aid. State aid should only be given if the market cannot deliver on a project,” she said.

EU competition policy is designed to protect the internal market and its consumers from potential abuse. However, it also limits State intervention, which can create problems for local and regional authorities delivering public services or supporting local businesses and economies.