'People have come to me at their wits end, absolutely terrified' 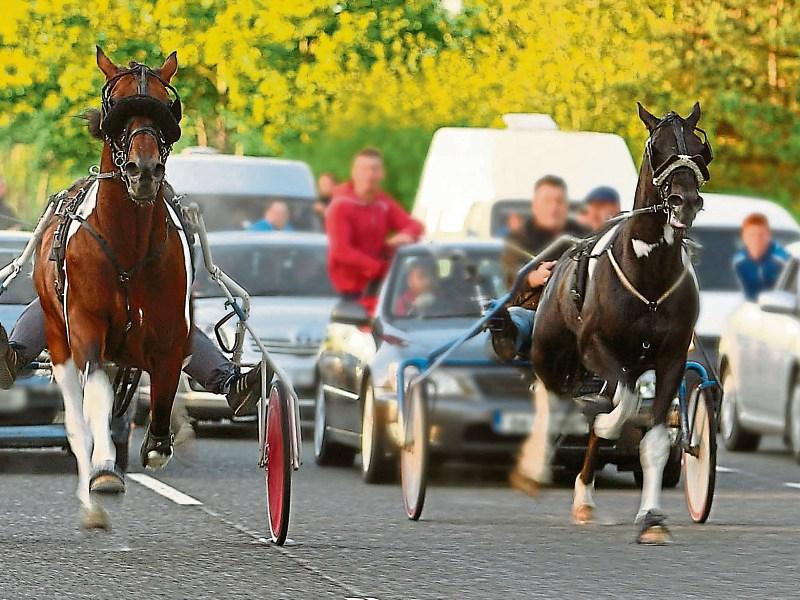 Tipperary Independent TD Mattie McGrath has said he has submitted preliminary draft legislation aimed at tackling the scourge of illegal and dangerous Sulky-Racing on Tipperary roads.

Deputy McGrath was speaking after what he described as a particularly noticeable increase in incidents involving sulky racing that are putting members of the public at immediate risk of injury:

“We need to address this problem once and for all before someone loses their life. Besides the obvious horse and animal welfare issues, sulky racing, in the manner in which it is being conducted on Tipperary’s roads is utterly reckless.

“I am aware that both Kilkenny and Limerick City and County have adopted strict Bye-Laws on this matter, and we have adopted a similar model here. However, my sense is we need actual primary legislation that has the full resources of the state behind it.

“My Private Members legislation, The Prohibition of Sulky Racing Bill 2017 will give all local authorities the powers and functions that they need to get a handle on this problem.

“I have also included the option of a €5000 fine and or a term of imprisonment. We have to get real about the level of danger that sulky racing involves.

“People have come to me at their wits end, absolutely terrified by the apparent lawlessness behind it.

“It is time for the kid gloves approach to end and for the full force of the law to be implemented.

“My own preliminary legislation is, I hope, the first serious step in addressing this issue at a national level,” concluded Deputy McGrath.