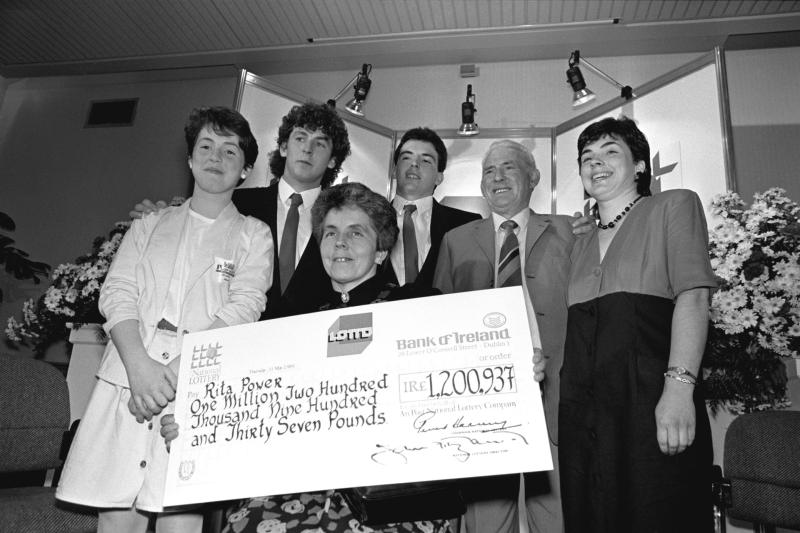 Thousands of Irish lives, including 51 Lotto jackpot winners from Tipperary have been transformed and dreams have come true thanks to the payment of more than €4.4 billion in prizes on the Lotto which celebrates its 3,000th draw this Saturday.

Since the very first Lotto draw on Saturday, 16th April 1988, there has been an astonishing 1,738 Lotto jackpot wins, with 745 jackpot prizes exceeding €1 million. A total of 51 Tipperary jackpot winners have taken home over €85 million since 1988. 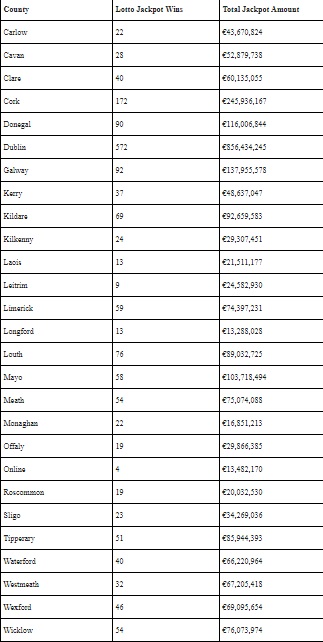 And sales on Lotto games over the last three decades have raised a massive €2.9 billion for Good Causes all over Ireland.

With this Saturday’s 3,000 Lotto draw carrying a mega jackpot of of €4.5 million, the National Lottery today revealed a County by County breakdown of Lotto wins over 30 years, showing that Dublin claims the highest number of jackpots at 572, totaling over €872 million. The second luckiest Lotto County is Cork with 172 jackpot wins totaling €245 million while the third luckiest County is Galway with 92 lotto jackpots totaling €116 million. (See full list below).

Ireland’s first Lotto jackpot winner was lucky Donegal woman, Brigid McGrath from Letterkenny who scooped the £147,059 (punts) in the highly anticipated first Lotto draw which was broadcast live to an expectant Irish nation. Ireland’s first ever Lotto millionaire was Rita Power from Ballinasloe in Co. Galway who won £1,200,937 (punts) on 6th May 1989.