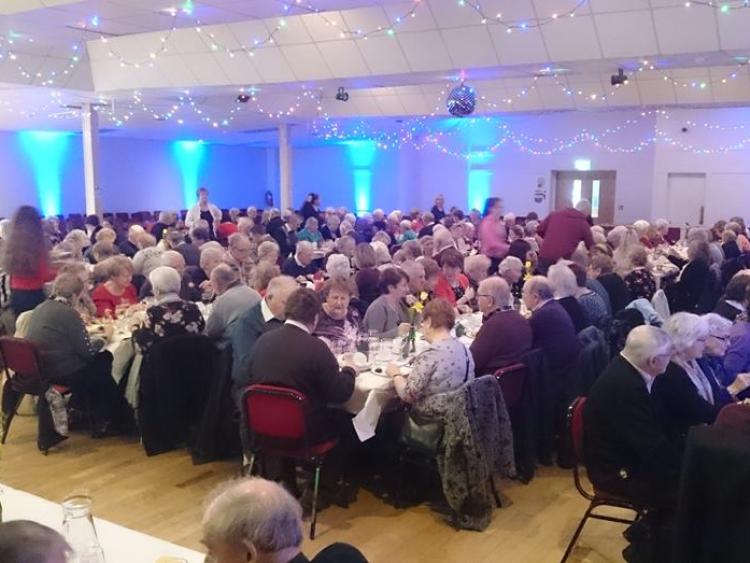 Cashel Lions Club looking for nominations for the Cashel Person of the Year Award.

The award is given to the person in Cashel and District who contributed in a significant way to the life of the area during 2017. The contribution can be in any area, social, cultural, sporting, spiritual, etc Nominations should be sent to Richard O’Brien, secretary, , Cashel or to richardcashel@yahoo.co.uk no later than Monday, March 12.

Adjudication will take place soon after that and the presentation of the award will be made in Halla Feile on March 15. The award is the only system of recognition in existence in the town and has been awarded since 1987.

Meanwhile, over 200 people attended the Cashel Lions Club annual senior citizens party at Halla Feile on January 28.
It’s difficult to judge from year to year but this year’s event seemed to be more enjoyable ever and the Halla was as warm and inviting as it has ever been.

The Lions’ guests were welcomed on arrival with a very well-received hot punch and they were entertained to a rendition of tunes by St. Patrick’s Brass Band. They then sat down to a sumptuous meal prepared with care and attention by Joe Ahern and his staff and this was followed by music provided by Eddie Golden.

The Lions had a huge array of spot prizes, for which they are grateful to so many people for contributing. There was also a special raffle for the Brazilian education fund of Sr. Mary Walsh’s, for which Friar Street Fuels and Cashel Credit Union provided hampers. This was extremely well supported and Sr. Mary is extremely grateful for the response. Overall then a wonderful day made all the more enjoyable by the contribution of a keg of Guinness by publican, Michael Brosnan.

Lastly, but by no means least, the Lions are grateful for the attendance of the local branch of the Knights of Malta, who provided transport for anyone in need of it and were available for any emergencies.