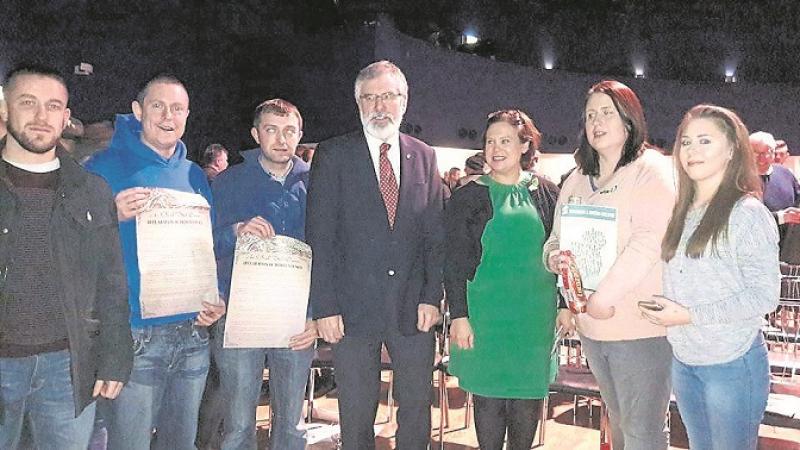 The discussion will focus on developing Tipperary’s Worker Co-Operative sector. The meeting will be chaired by Cllr David Doran and will have contributions from Senator Paul Gavan, Liadh Ní Riada MEP, Susan Gallagher of Clann Credo and Cian McMahon, Economist. This is an open meeting, and everyone is welcome to attend.

Commenting ahead of the meeting Ciara McCormack, Mid Tipperary Sinn Féin spokesperson said the following: “There have been many devastating job losses in Mid Tipperary in recent years, the latest loss of the Bord Na Mona Briquette Factory, which will impact the village of Littleton and surrounding areas. Sinn Féin is taking the initiative here on job creation in Tipperary because, as the last decade has shown us, if the people of Tipperary don’t chisel out their own future no one in Dublin or anywhere else will do it for them.”

“Throughout Europe citizen owned, operated and financed worker cooperatives account for 10% of total national employment such as in France, 13% in Sweden and a massive 21% in Finland. Worker’s Co-Operatives are a totally neglected part of our economic model here in Ireland. Tipperary can lead the way in establishing local indigenous economies in Ireland to match regions in Italy where 40% of GDP, with turnover in the billions, come from workers cooperatives.”

“All towns in North Tipperary are set to lose out under the new proposed criteria of The National Planning Framework, a move described as “Armageddon” for North Tipperary towns and this is yet another example of the government and those that prop them up putting nails in the coffin of an already neglected region. We are urging all interested parties, all citizens of Tipperary that want fresh thinking and fresh ideas on how to revitalise our local economies to come along on the night and get the ball rolling.”

“The only way that we will once again have a thriving rural economy here in Tipperary is if we all stand together, get organised and go out there and carve it out for ourselves. The Loughmore Co-operative Shop and Tea Rooms is a shining example of what workers Co-Operatives can achieve and with the right business model the sky is the limit. Time for us all in Tipperary to put the shoulder to the wheel, whatever your skills, whatever your expertise, get involved and lets create a sustainable, people focused, cooperative economic future for Tipperay.”