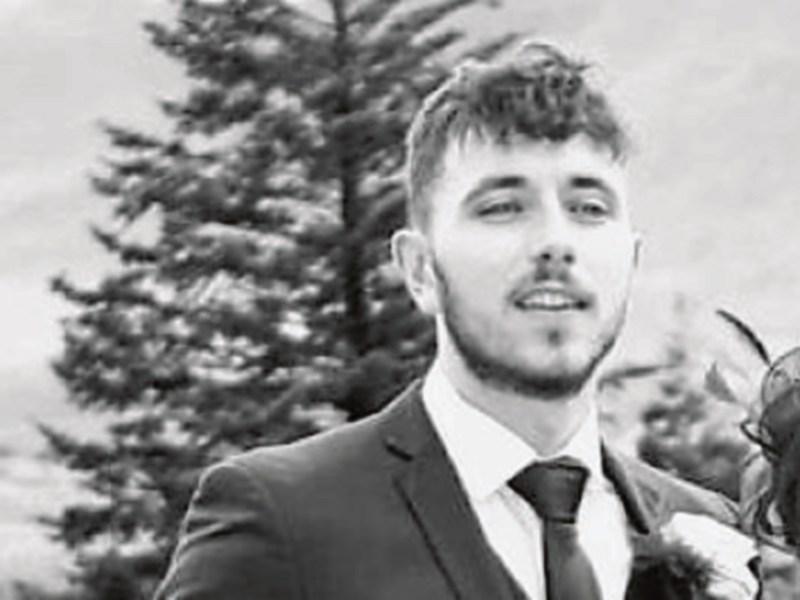 Evan Hickey will fly to a hospital in Brussels to have a cyst removed from his brain on June 1st.

A Clonmel couple that has endured the torment of their son's serious illness for the last year and-a-half can finally see light at the end of the tunnel.

24 year-old Evan Hickey from Roaring Springs, Old Bridge, will undergo life-saving surgery to remove a cyst from his brain on June 1st.

Hugely relieved that a date has at last been set for the surgery, there was further good news for his parents Honra and Joe Hickey, brother Andrew and their family, when it was confirmed that the operation will be performed in Brussels, and not at the Skull Base Institute in Los Angeles, as was originally planned.

Renowned brain surgeon Dr. Hrayr Shahinian will instead travel from the Skull Base Institute to the Saint-Pierre University Hospital in Brussels for the operation.

"This means that Evan will now only need a short flight time, reducing the risks attached", says his father Joe.

The nightmare for the Hickey family began in October 2016. Two months earlier Evan - who had previously worked as a carer with Nua Healthcare in Lisronagh, between Clonmel and Fethard - and a group of friends moved to Vancouver in Canada, where he worked in construction.

He was there for two months when he began to feel ill, and when his symptoms worsened he returned home to his family in Clonmel just over a year ago.

"Evan has had a really rough run", says Joe.

"Because the cyst is at the back of the optic nerve his eyes give him trouble, he suffers constantly from headaches and he has numbness in his left hand. He has good days and bad days, any activity leaves him fatigued.

"I'm not saying it just because he's my son, but Evan is the bravest man I've ever come across", says Joe.

"No matter how much pain he's going through he gets up, goes into the local swimming pool and sauna and does the best he can".

Joe says Evan is both nervous and excited about the operation, which will give him his life back, something that his father says he richly deserves.

"He has stayed positive the whole way through the ordeal and is humbled by everybody's generosity and kindness".

A campaign to raise €170,000 for the keyhole surgery produced a remarkable response. The full total was raised in the space of just a couple of months, thanks to an incredible show of support from across the local community, throughout the country and even from friends he had made in Vancouver.

Expressing the family's heartfelt thanks to everyone who had contributed, Joe says "we are both humbled and appreciative for all that you have done to ensure that Evan can undergo the operation.

"As a family we found ourselves faced with the enormous task of raising what seemed to be an insurmountable amount of money to finance the required surgery.

"But we needn't have worried, because what ensued was a people-driven frenzy of fundraising that coincided with support and well wishes, and which surpasses the amount of money required".

He said that even after the total was reached people continued to fundraise to ensure that travel and aftercare costs would be looked after.

"What you have achieved in such a short time has been truly inspirational and for that we will be forever grateful".

Joe admitted that Evan's illness had taken its toll on all the family.

"It's only since the date and hospital for the operation have been confirmed that we can see some light at the end of the tunnel", says Joe.

"This has been a life-changing journey, with incredible highs and lows, but in so many positive ways as well.

"Both of our extended families have also been an amazing support to us".

Joe says that Dr. Shahinian and Christina Kim, the clinical manager of the Skull Base Institute have remained in constant contact with Evan from Los Angeles, drawing up a plan they believe will offer him the best possible chance of recovery and one that will be the least taxing on him.

Evan will have all of his pre-operation tests completed in Irish hospitals before the family flies to Belgium at the end of May.

"Thanks again to all of you for the essential part you have played in Evan's journey to recovery. Please keep him in your thoughts and prayers on June 1st", says Joe.