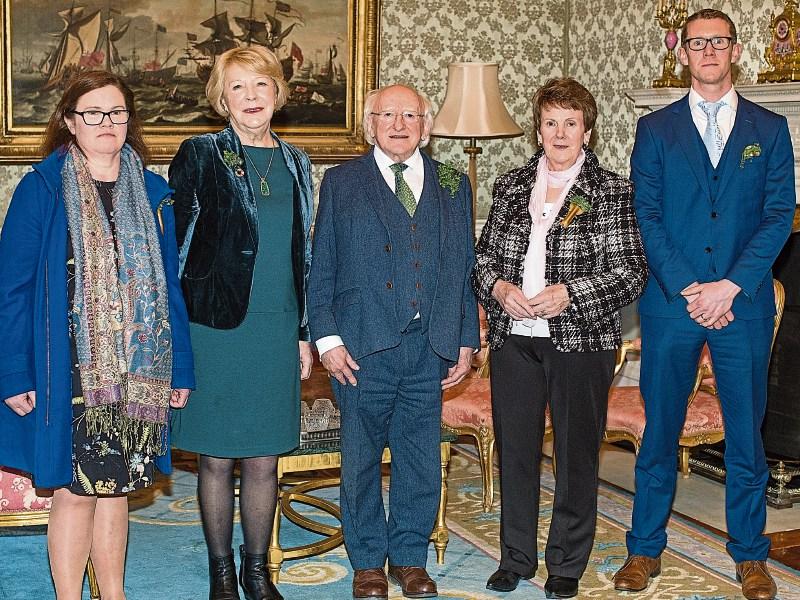 Orla Hogan from Nenagh and her family attended a special reception at Áras an Uachtaráin on St. Patrick's Day.

They were joined by members of the Tipperary branch of the Irish Kidney Association.

Orla underwent four kidney transplants, two of which were living-related from her mother and brother, and two from deceased donors.

They are pictured with President of Ireland Michael D. Higgins and his wife Sabina.

The event was held by the President to acknowledge those who support organ donation.

He also paid tribute to donors, their families and all medical personnel involved in transplant operations.

The Irish Kidney Association is asking the public to support Organ Donor Awareness Week, which will take place from 31st March until 7th April.