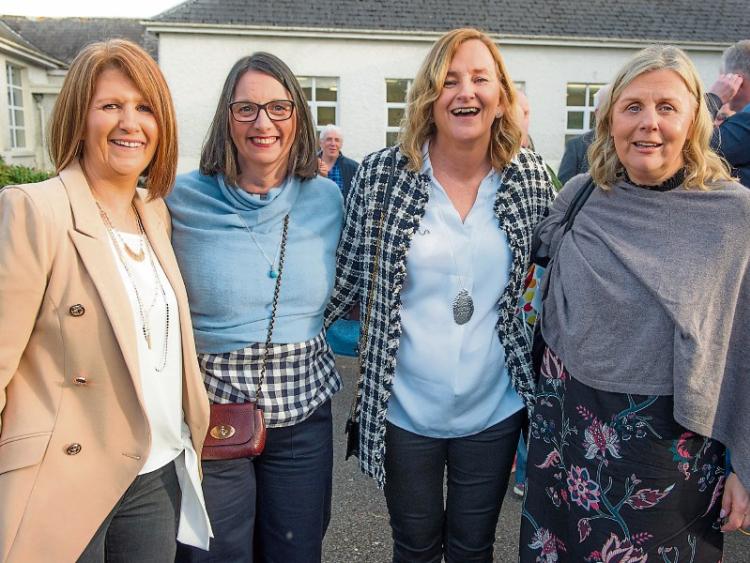 It’s hard to lie about your age once you’ve told someone you’ve just been to your thirty-five-year school reunion.

In 1983, members of our class left Fethard Patrician Presentation Secondary School to pursue careers, raise families and more.  Some have experienced good times, others bad times, heartbreak, health issues and divorces, all of which are part of life. The times we live in presently may have changed but the people we grew up with really haven’t. We still remember the friendships we made, the music we played, and on last Saturday night all these memories were crystal clear at our thirty-five-year school reunion.

On Saturday evening at 6.30pm, twenty-three of our original class gathered to walk along the corridors of our former school, peeping into random class rooms, sitting at the desks while school principal, Pat Coffey, welcomed us warmly and deputy principal, Mary Ann Fogarty, one of our former teachers, along with Dick Prendergast and Ann O'Donnell, reminisced about our time in the school.  It brought back many happy memories as we talked of scrambling for the seats at the back of the class or the ones near the radiator. Some had not returned to the school since they left thirty-five years ago, others have local children who attended in recent years. Joe Kenny kindly took a class group photo – one that unfortunately never happened 35 years ago!

At the heart of our school memories was that ‘something special’ endured in our class, we recalled the happy times and the good friendships we made, that still remain today although many of us live apart.  When it comes to school, the good and bad blend together and become mostly good as the years move on. Luckily the rain stayed away and as we walked towards McCarthy’s bar and restaurant, passing by the Gateway B&B, which used to be a shop where we bought cigarettes in singles and hung out before and after school. We continued to McCarthy’s where we were later joined by many more of our former classmates to celebrate with food, drink, music (and even a cake) into the early hours. Friendships were rekindled, and new ones formed. Those classmates who joined us later included: Caroline Phelan, Cathy Curran, Tom Anglim, Debbie Outram, Ann White, Adrian Moloney, Michael Gaynor, Paul Holohan, Richard McCormack, Tony Flanagan, Noel Kenny, Deirdre Barrett, Kay O’Riordan, Noreen O'Meara, Liam Croke, and former teacher Dinny Burke. There is something quite spiritual about a school reunion.  It’s about life and death.  We remembered with sadness and fondness, the classmates we had lost along the way: P.J. Butler, Linda Kane, John O’Connell, Breda Ryan and most recently, Tom Hickey.

So many things have happened since they were called away;

So many things to share with them had they been left to stay;

And now on this reunion day memories come our way;

Though absent, they are ever near, still missed, remembered, always dear.

A special thank you to Pat Coffey and Mary Ann Fogarty of the Patrician Presentation Secondary School for taking time out last Saturday evening to show us around; Joe Kenny for the photos and the ‘Pheasant Pluckers’ for the music; McCarthy’s Bar and restaurant who went beyond the call of duty to make our night so enjoyable.  And last but not least, a huge thank you to the forty-plus former classmates and teachers who turned up on the night to make it such a wonderful and momentous occasion. Roll on the 40th!