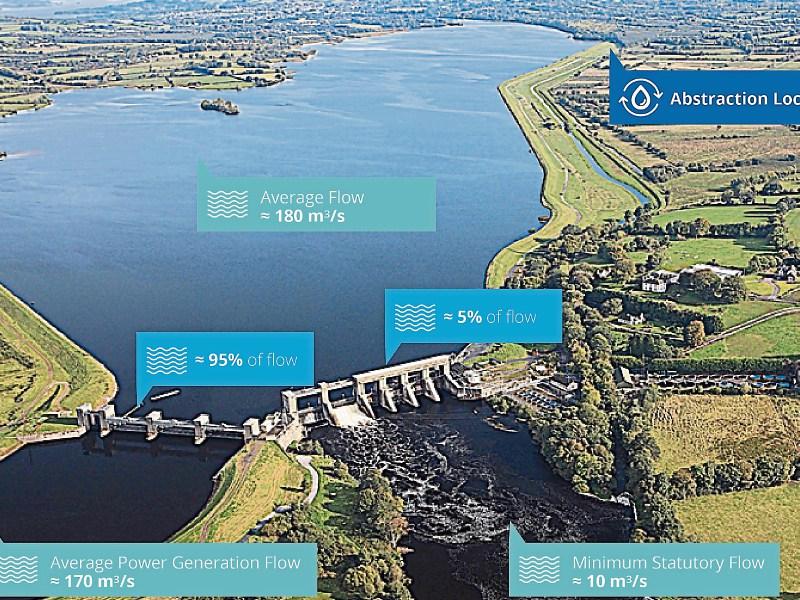 Irish Water has confirmed the River Shannon (Parteen Option) as its preferred option to meet what it says is the urgent water needs of Eastern and Midlands Region.

The State agency this Tuesday has published its consultation submissions report on the project.

Irish Water will now lodge its planning application for the project, which is estimated to cost over €2bn, in 2019.

The project will involve the abstraction of water from the lower River Shannon at Parteen Basin in Co. Tipperary, with water treatment nearby at Birdhill. Treated water would then be piped 170km to a termination point reservoir at Peamount in County Dublin, connecting into the Greater Dublin network. Communities in North Tipperary, Offaly, Laois, Westmeath, Kildare, Meath and Wicklow will also benefit from the project with possible future off-shoots from the pipe that will enable the development of extra homes and businesses and increase the potential for inward investment.

Apart from the Greater Dublin Area (GDA), the most urgent areas with impending water deficits in the region are the Mullingar supply area of Westmeath and the rapidly expanding area of east Meath bordering the GDA.

According to Irish Water, as part of its latest public consultation, they held eight public open days along the route of the pipe; had two briefing days for Oireachtas members and five councillor briefings; held over 50 briefings with stakeholder groups; had six landowner information evenings for the 500 landowners along the route; and sought responses from the public through 36 advertisements in regional and national media, press releases and social media.

The agency says that 1,000 stakeholders participated in the consultation.

The feedback received and Irish Water’s response have been summarised in the consultation submissions report, which is available on the project website www.watersupplyproject.ie